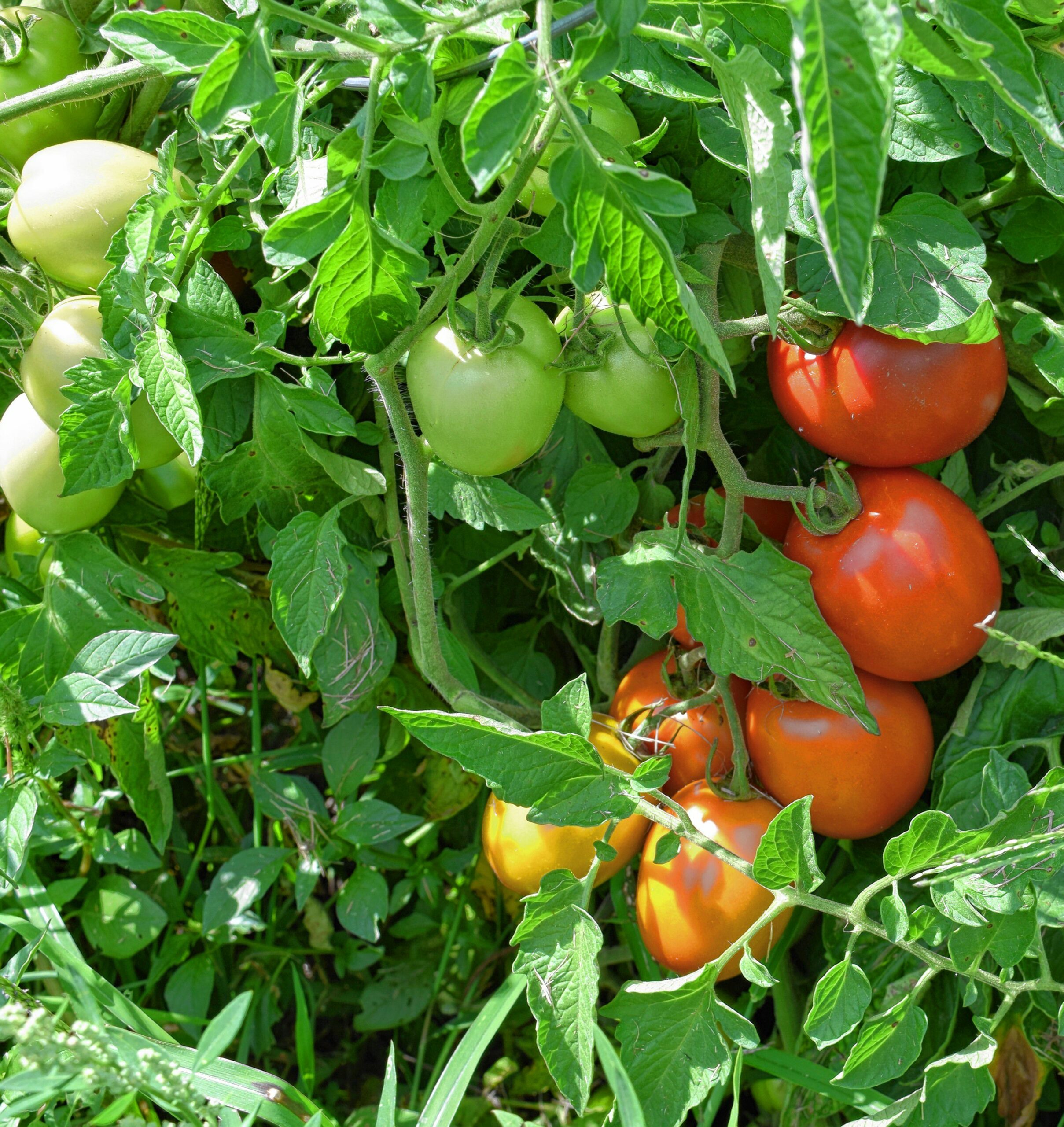 As unbelievable as it may seem in a New England climate, spring is on the horizon. Vegetable gardening is something both amateurs and experts put their minds to this time of year, but some first-time gardeners may feel daunted by the prospect of planting and maintaining a garden. To help, here is some expert advice on how to take care of a vegetable garden this year.

One of the first hurdles is deciding what to plant. For that, Nancy Towle, a designer with Black Forest Nursery, recommends that people “grow their favorites.”

Gardeners should “grow the ones that they really like for vegetables,” Towle said. The other important factor, said Towle, is researching whatever you plant. “Read up on tomato plants if you’re growing them,” she said. “The more knowledge people have, the better.”

Megan Hanna, a master gardener with the UNH Cooperative Extension, recommended “either plants that go in early and come out fast, or things that are high production crops” like tomatoes, squash, or beans. That way, she said, people get more value for their garden space.

Nate Bernitz, who also works with the UNH Cooperative Extension as Hillsborough County Office Co-Administrator and Home Horticulture Outreach Program Manager, said what you plant depends on many factors, like when you want to plant and what your garden space might look like.

So when should people start planting? Bernitz said that the timing depends on the plant in question – some plants take longer to germinate or do so under cooler or warmer conditions. “My big tip is to use some sort of chart or planting calendar,” he said, noting that the UNH Extension has one available online, specifically made for New Hampshire gardens, and that seed companies often have them on the backs of seed packets.

Another contributing factor to the problem of when to plant comes from the tenacity of winters in this state, said Towle. “A lot of people plant their vegetables early and lose them from a frost,” she said. A good way to be on top of this issue, she said, is to monitor the weather. “Always be aware of what your temperatures are,” she said. A common goalpost for planting is Memorial Day.

Once you decide what you want to plant and when to plant it, the next factors to consider are where to plant and how to construct your garden.

The “where” of garden planning is vital, according to Bernitz, because any plant that produces fruit, like cucumbers and tomatoes, will need full sun. “There’s very little in terms of veggies that you can grow in shade,” he said.

Hanna said that in the past, she has run into difficulty when she planted a garden in a sunny spot, only to find that once surrounding trees sprouted leaves, the area became shaded. “Be careful in the spring when you’re planning,” she said. “Look at the height of the trees, and think about when those trees leaf out, will there be shade?”

Then, once you determine a good spot for the garden, the next step is creating the space. Hanna recommended starting small: “A four-by-eight is a good size,” she said, adding that you can fit a good amount of plants in a space that size. “At four feet wide, you can reach from both sides, and it’s just manageable,” she said.

Another option, according to Towle, is to use “huge pots” for your plants. This eliminates certain issues like bending down to the plants’ level and cuts back on some of the need for weeding, since weeds “aren’t getting in from the grass,” Towle said. Additionally, as the placement of the sun shifts in the summer, “all you have to do is pick up your container and move it to a sunnier spot.”

Another consideration is deciding whether to use fencing. When you set up a garden, Bernitz said, “you’re creating a buffet” for local wildlife who like to snack on vegetables, like deer and woodchucks. “It goes a long way to put fencing around your garden,” he said.

Finally, the most important preparation step is making sure the soil is healthy.

“Something we’d love to get the word out about is only using the nutrients you actually need,” Bernitz said. “A lot of people’s soil is really out of wack.” The best way to know nutrient content, he said, is to test the soil, which the UNH Extension will do for a small fee.

“New Hampshire soils tend to be slightly acidic, and if you’re putting in a garden bed you’re probably not going to have enough organic material there,” she said.

Her recommendation was to always send soil from a new bed in for testing. The test will tell you the soil’s pH, nutrient levels, and organic matter levels with specific recommendations for input to the garden to bring the soil to optimal levels.

Once you know your soil’s health, preserving it is important.

“One of the main principles of soil health is always keeping soil covered,” Bernitz said, cautioning against having bare soil with nothing planted in it.

“You always want some sort of mulch covering your soil,” Bernitz said. This mulch could be traditional bark mulch, but it could also be “pretty much anything.” Bernitz personally uses grass clippings and shredded leaves, and straw is also popular. This has many benefits, the most important being soil moisture. Mulch will keep moisture in, Bernitz said, and will also protect soil from getting washed away in heavy rain.

Keeping your garden healthy throughout the season can be difficult, especially with pest control. If you come out and see damage on your vegetables, “before you react, reach for the spray bottle of some pesticide, it’s really helpful to figure out what’s causing the damage,” Berntiz said. This means identifying the culprit of the damage before working to treat the issue, because if you know what it is, Bernitz said, you can more easily solve the problem. One good way to do this is to call the UNH Extension or do your own research.

To combat pests, Hanna recommended planting “a diversity of plants because that confuses pests.” For example, she said, basil attracts a bug that kills tomato worms. “It’s not to be underestimated, the power of having plants that will attract bugs that will actually kill the ones that are consuming your vegetables.” Having flowers nearby will also help, attracting other insects that will outcompete some pests.

Another issue to be on the look out for is fungal infections. “Vegetables are actually very touchy with that,” Towle said, something that she said not many people know. Towle strongly recommended using fungicide, but an organic one, to ensure the health of the vegetables and cross-pollinators. She said to spray before and after rain, and on damp, overcast days to combat airborne moisture.

Finally, the biggest hassle for many gardeners: weeding. “The biggest thing with veggie gardening is just keeping on top of it,” Bernitz said. “There’s always going to be some weeds,” he said, but if you make it part of your routine, you can make it easier. “Gardens need daily attention,” Bernitz said, and setting aside some time every day to look over your plants and weed will go a long way.

Towle agreed with this, and said, “If it’s your first year, don’t over do it.” She said to be aware of how much time you have to spend on the garden: “How much time do you have each day or during the week for vegetables?”

Bumper crop? What next?

If your garden does well, you may end up with a bumper crop of a vegetable and have no idea what to do with it. “That’s such a good problem to have,” Bernitz said. “We totally have a culture here of putting stuff out on the side of the road or exchanging with neighbors,” he added, a good option for excess vegetables.

You can also donate to a food pantry or something similar, Hanna said. And a third option, according to Hanna, is preserving the vegetables in some way, such as freezing them. She herself still has vegetables in her freezer from last season.

Canning is a similar alternative, but if you intend to do that, Bernitz strongly recommended doing research or taking a class, because canning can be dangerous if done incorrectly.

And if your vegetable garden doesn’t do very well, don’t give up. “The thing about gardening is, even if you don’t have great success one year, just keep reading up and try again,” Towle said. “Don’t be discouraged…it’s always healthier to grow your own vegetables.”