Our New Hampshire lilac and how it came to be

by Joyce Kimball | In Print 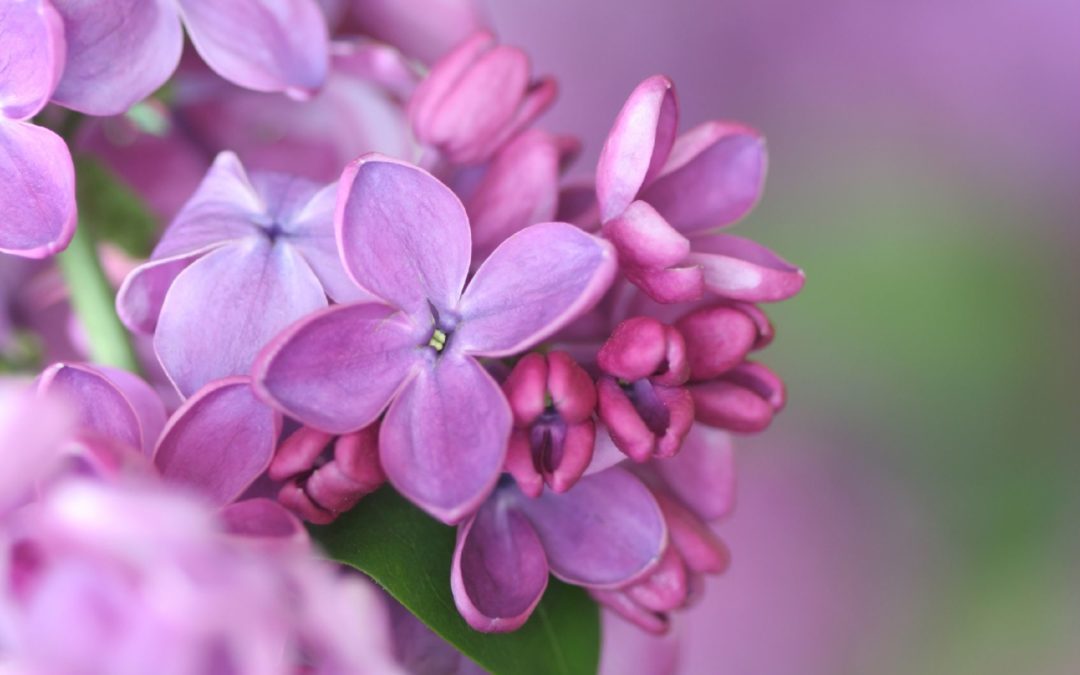 Who doesn’t love our beautiful New Hampshire lilacs? Ahh, there is nothing better than a big bouquet of lilacs on the kitchen table in the spring with their pleasant, sweet scent permeating the room. The purple lilac is a charismatic spring flower, cherished all over the world for its powerful and intoxicating fragrance, soft purple flowers and heart-shaped leaves. No wonder that it was chosen to be New Hampshire’s state flower!

When you plant a lilac you are choosing a shrub that is part of this country’s history. The purple lilac was discovered by historian Leon Anderson, who noted that the lilac was first imported from England in 1750 and then planted at the Portsmouth home of Gov. Benning Wentworth. The first time lilacs are actually mentioned in New Hampshire history is in 1750, when Gov. Wentworth enlarged his Portsmouth home and planted lilacs all around it. Historically these are believed to be the oldest living lilacs, although there is anecdotal evidence that lilacs were growing elsewhere in Portsmouth as far back as the 1600s.

Thomas Jefferson recorded his method of planting lilacs in one of his many garden books in 1767 and, George Washington made a notation in one of his many garden journals that he had recently transplanted existing lilacs among his gardens on March 3, 1785. Lilacs were already known within the colonies, however few records exist. It is believed that the lilac came in as a personal family possession, not as part of the agricultural inventory and its appearance by the kitchen door, although enjoyed and appreciated, was never actually recorded. The lilac “took root” within New Hampshire and like the settlers who brought it into the state, it soon became a permanent feature in the new world. The popularity of the lilac only increased with the introduction of the French hybrids during the late 1800s.

The purple lilac became New Hampshire’s official state flower, in a “most colorful manner,” beginning with a legislative session in 1919 where some members instead suggested nine alternatives, among them the apple blossom, purple aster, wood lily, water lily and goldenrod.

The Legislative Committee’s original recommendation of the purple lilac, however was approved on Feb. 20, 1919, and sent on to the Senate for their concurrence. The Senate, although leaning toward approving the lilac as the state flower, also wanted their members to consider the buttercup. Following considerable discussion and their not being unable to muster majority support for any one of the flowers that had been recommended, the 24 members of the Senate came up with a novel solution. They placed the names of three of the flowers in a hat, the purple lilac, the mayflower and the purple aster. They then put a blindfold on then-Senate Clerk Earle C. Gordon, a resident of Canaan, and ordered him to draw a name from the trio he had been presented with. The purple aster was the flower name that was drawn, not the purple lilac!

The Senate reported its decision, and its unique decision-making process, to the House, which was determined to have the apple blossom as the state flower, thus a 10-man “Committee of Conference” was formed and the matter was referred to them to solve. The committee soon found themselves at an impasse and proposed yet another unique solution. They approached two botanists, professors Arthur Houston Chivers of Dartmouth and Ormond Butler of “the state university” to arbitrate this dilemma, agreeing to accept their decision, whatever it might be. Within only a few days the two botanists were “deadlocked” as well. The previously deadlocked conference committee convened yet again, finally voting eight-to-two in favor of the purple lilac, with the two hold-outs holding fast to their desire to instead celebrate the apple blossom. Finally, with no further argument, the House and the Senate accepted the committee’s majority vote as the final decision and Gov. John H. Bartlett of Portsmouth thankfully signed the purple lilac into law as New Hampshire’s State Flower on March 28, 1919.

Although lilacs are part of New England’s heritage, they, like many of our citizens, are not native to our area. There are over 20 species of lilacs, two of which originated in Europe, while all the others came from Asia. The common purple lilac (Syringa vulgaris) originated in Eastern Europe. Syringa vulgaris is a species of flowering plant in the olive family of Oleaceae and is native to the Balkan Peninsula where it grows on rocky hills along the shores of the Adriatic, Mediterranean, Aegean and Black seas. The French were also enamored with lilacs and chose to grow and breed them, hence the origin of the more delicate “French Lilacs.”

Over the past four centuries, in excess of 20,000 lilac cultivars and hybrids in about seven different colors now exist, thanks to some dedicated lilac breeders seeking to improve on the natural beauty and scent of this fragrant flower, its disease resistance and overall plant habit.

For instance, we now have the ability to purchase lilac trees and dwarf shrubs as well as a large variety of lilacs with a variety of growth patterns, colors and scents. And there are early bloomers, mid-season bloomers and late-season bloomers, plant one of each to extend your enjoyment of these wonderful plants!

Lilacs are tough and easy to grow in USDA planting zones 4-7. They only need to have a period of winter dormancy, well-drained soil and at least six hours of sunlight. They can grow to be 15 to 20 feet tall and can live for up to a hundred years. And deer do not like them!

Gov. John Sununu established the N.H. Governor’s Lilac Commission in 1984 to promote the extensive planting of lilacs throughout the state. And in an effort to further beautify New Hampshire’s highways, the commission later took on the task of planting wildflowers along New Hampshire highways utilizing the N.H. Department of Transportation to prepare the designated areas for planting, to sow the wildflower seeds, etc. And in 1995 Gov. Stephen Merrill appropriately renamed the commission “The Governor’s Lilac and Wildflower Commission,” with the commission’s purpose now being “to promote extensive plantings of lilacs and wildflowers throughout the state for the pleasure and use of residents and visitors,” “to involve agricultural, educational and horticultural programs in planting and propagating lilacs and wildflowers for local community projects” and to serve as an educational resource, etc. for New Hampshire citizens. (Note: The Department of Transportation is responsible for the planting of our New Hampshire roadsides with beautiful New England wildflowers and the sale of “Moose” plates contributes to this fund.)

For additional information on the Governor’s Lilac & Wildflower Commission, visit nh.gov/lilacs. For information about the planting and care and New Hampshire Lilacs, etc., please visit UNH Cooperative Extension’s website at extension.unh.edu or call their Education Center and Info Line at 1-8777-EXT-GROW (1-877-398-4769).