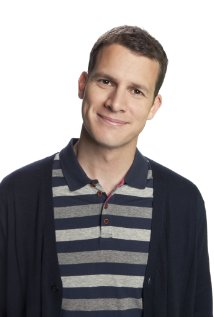 Currently one of the most requested headliners in the country, Daniel Tosh of Comedy Central’s Tosh.0 comes to Concord on June 14 at 7 p.m. at the Capitol Center for the Arts. Tickets go on sale at 10 a.m. today for his Great Nor’Easter Tour.

Tosh’s series premiered on June 4, 2009, featuring his razor-sharp humor and biting commentary. The TV show delves into all aspects of the Internet from the absolutely absurd to the incredibly ingenious in this weekly, topical series. “TOSH.0” is now in its seventh season and airs on Tuesday nights at 10 p.m.

Earlier in his stand-up career, Tosh evolved into one of the most popular and successful college acts, having performed at more than seven hundred campuses in his career. His casual style and sharp material have proven to be greatly appreciated by his audiences, young and old.

Tickets are $69.50 for orchestra/mezzanine level, and $49.50 for balcony level, and can be purchased here.

Information courtesy of the Capitol Center for the Arts