Make Your Own Backyard Pizza 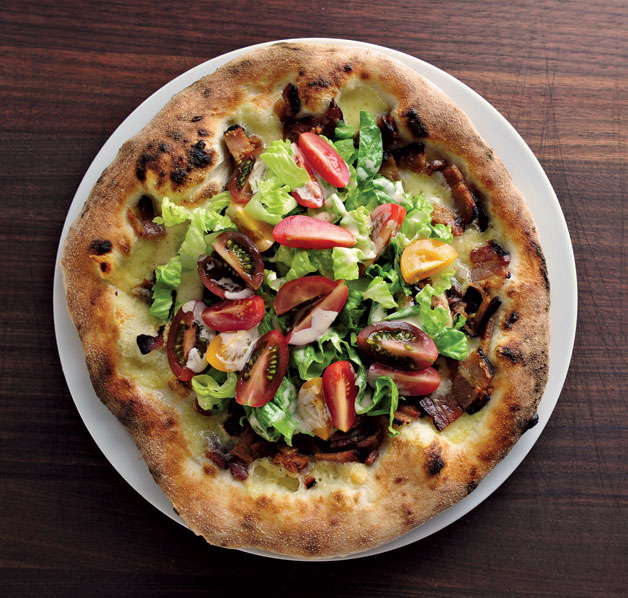 With 93 percent of Americans consuming it at least once a month, and an average annual consumption of 46 pieces per person – it’s easy to see that pizza is a national obsession.

These numbers from the National Association of Pizzeria Operators paint a powerful picture of the nation’s love affair with pizza. Just because it’s the heart of grilling season and the food focus is on steaks, burgers and hot dogs, it doesn’t mean we have to push aside this favorite Italian import.

Now is the time to bring the pizza party to the patio and bake pizzas outdoors – and there are several ways to get it done.

Directly on the Grill

Cook pizza right on the grill grate. Preheat the grill to 500°F and place the dough – without toppings – on the grate, directly over the fire.

After a few minutes, flip the crust using tongs. Then add toppings on the grilled side. Pre-cook raw meat and fish toppings before placing them on the dough. Close the grill hood and continue cooking for several minutes. Don’t overload the pizza, as the crust may get soggy and some toppings won’t be consistently heated.

Cooked on a Stone

A pizza stone is another way to bake pizzas outdoors. It distributes heat more evenly and extracts moisture so crusts come out crispier. Preheat the stone at 500°F in the indirect grilling zone for about an hour. Cook any raw meat or fish toppings during this time.

After the stone is heated, assemble the pizza with the cooked toppings and place it directly on the stone. Cook the pizza with the grill hood closed at 500°F for about 10-12 minutes, or  until it’s done and the crust is browned. At the five-minute mark, rotate the pizza 180 degrees to cook evenly.

On a Pizza Oven

For those who want a pie like the one they get in artisan pizzerias, a pizza oven is the way to go. With some ovens reaching temperatures of 800°F or higher, pizzas can be cooked in just a few minutes.

While large wood-fired brick ovens are popular, there are countertop ovens powered by natural gas or liquid propane, such as the Artisan Fire Pizza Oven by Kalamazoo Outdoor Gourmet.

Both styles give backyard pizza maestros the ability to cook at extreme temperatures, giving crusts the perfect amount of char and chewiness. The gas-fired models offer the ability to tailor heat to particular pizza styles while the wood-fired ovens require a little more attention and expertise.

Enjoy the recipe below or visit kalamazoogourmet.com for more pizza recipes and cooking tips.

Whisk together mayonnaise, vinegar and maple syrup to create dressing. Set aside.

Transfer pizza to pizza peel and transfer to pizza oven or grill. Cook until cheese is melted and crust is browned. Cooking in hot pizza oven takes less than 3 minutes. Cooking on grill at 500°F requires about 10 minutes.