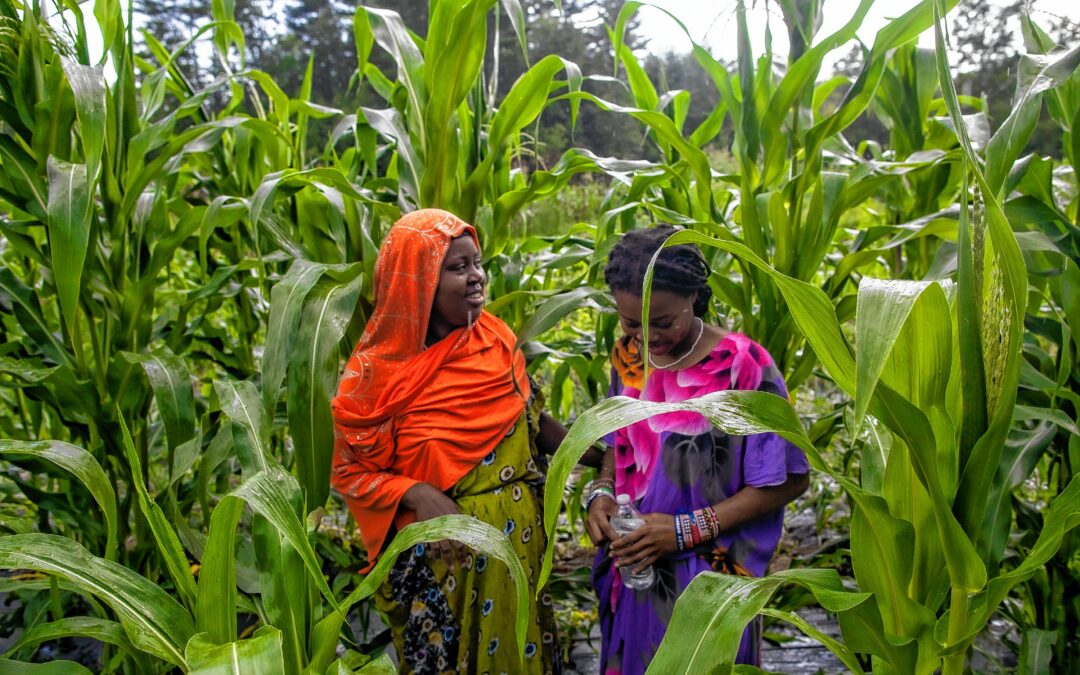 Long a staple at the annual Multicultural Festival, Batulo Mahamed has built a following with her meat pies, which she learned to bake as a child in Somalia 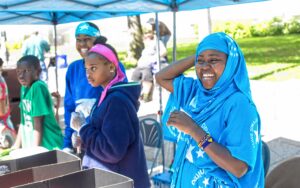 Batulo Mahamed (right) with her children, Mahamad (far right), Hassan, and daughter Sangabo at the Multicultural Festival at the State House on Sunday, September 22, 2109.

Her traditional Somali meat pies, which she sells every year – choose from beef, chicken or vegetable – are filled with potatoes, onions and carrots that she grows herself, encased in a dough she makes from scratch, and deep fried to a golden-brown crisp until they are steaming hot. Many of her customers find them so irresistible they come back for seconds.

“People that just want to try, they buy one,” Mahamed said. “And then, later on, they come up and say ‘oh it was so good, now I need more.’”
Mahamed, who lives in Boscawen, learned how to make meat pies from her mother while growing up in Somalia. For them, meat pies were considered a special-occasion food that they would fry up for celebrations.

When political instability and civil war in Somalia made it too dangerous to remain in the country, Mahamed was displaced to a refugee camp and was resettled to Concord with her husband and children in 2004. During her first few years in Concord, Mahamed would make Somali meat pies to serve to friends and visitors from social services organizations who came to her house to help with paperwork or transportation. Everyone who tried them would remark on how good they were, and it wasn’t long before Mahamed was invited to be a food vendor at the Concord Multicultural Festival.

She started out doing her festival prep cooking in local church kitchens, and now uses NH Food Bank facilities in Manchester. Over the years, Mahamed has become the most popular food vendor at the Multicultural Festival, where she estimates that she sells about 500 meat pies in one day. She has also sold food at Concord’s Market Days Festival and at the Barnstead Farmer’s Market.

“Batulo has her own following,” said Jessica Livingston, director of the Concord Multicultural Festival. “Every year when we’re promoting it on Facebook, people will be like ‘oh, I can’t wait for the

Somali meat pies.’ It makes me really happy to see something like this come out of the festival.”

Mahamed attributes her popularity to the novelty of the food.

“People like to try different stuff,” she explained. “My cultural food is different. Some of them want to try each food. They like whatever is going to be the best smell, and best-tasting one.”

In her vendor booth, Mahamed is usually accompanied by several of her 12 children, who help with food prep and sales. Mahamed’s daughter Sangabo Shegow, 15, a student at Merrimack Valley High School, says she enjoys helping her mom at festivals, because she usually has an opportunity to sample some different foods herself.

“We like sharing our culture with other people and to see other people doing the same thing is really fun,” Shegow said. “Everyone at the Multicultural Festival is really friendly and there’s just so much to do there, so we love going every year.”

During the rest of the year, Mahamed is a farmer with the Fresh Start Farms collective. She maintains her own garden plots in Boscawen at Sycamore Community Gardens, and grows vegetables, which she sells at the Barnstead Farmer’s Market. She also works as a cleaner at Comfort Inn.

Mahamed has plans to launch her own business, selling her meat pies under the name “Batulo’s Kitchen.” Mahamed’s vision includes a food truck equipped with kitchen appliances, where she can fry her pies on-site and hand them, freshly cooked, to customers through the window. Although still in the early stages, Mahamed plans to start her business through New Hampshire’s Community Navigator Program, which offers resources to immigrants, refugees and other underrepresented entrepreneurs who may face barriers in launching their own businesses.

“It’s really nice to take something so great from the festival and just expand on it, make it bigger than the festival,” Livingston said. “Now she’s going to be able to share her culture and be accessible to everybody every day, and a really big part of the community.”

At festivals, customers are always asking Mahamed where they can buy her food locally – and she is excited that she may soon have an answer for them.

“I want the people to taste my food, to know better who I am and where I come from,” Mahamed said.