The making of our modern schools 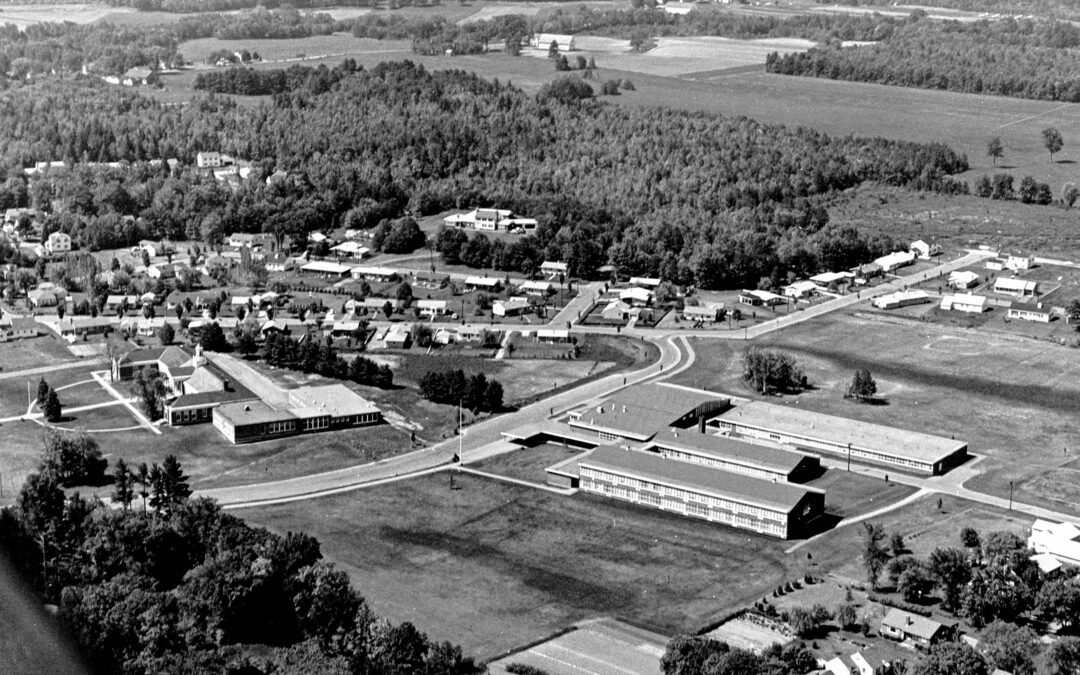 As the economy improved, Concord School District confronted the long-simmering issues of high-school overcrowding and the 6-3-3 model of education that calls for six years of elementary school, three years of junior high, and three years of high school. In 1989, a Long Range Task Force calculated that the district’s population had grown to the point that no excess capacity existed. The 1980 Long Range Task Force report had predicted a declining population. In 1950, the city’s population was 27,988; by 1988 it had grown to 36,721. The district served 4,987 students that year. The Concord Planning Department predicted that by the turn of the 21st century, the population would exceed 50,000. Perhaps, the most controversial recommendation was to depart from the 6-3-3 model and create a middle school. The middle school concept emerged in the 1960s; by 1989, most educators considered it superior to the junior high model. The recommendation, said the panel, was “not only educationally best but … has the secondary benefit of relieving some crowding in the elementary schools where the pressure is most immediate.” This same recommendation had been made in 1974 and 1983, but this time Christine Rath, then the Rundlett principal, supported it.

Patchwork solutions would no longer work for the high school. Because the district had committed to keeping the regional technical center at its Warren Street location until 2000, administrators simply did not have the option of building in a new location. But the high school sat on a mere 7.25 acres, most of it covered by buildings and parking lots, hardly ideal for expansion. Further complicating matters was the Bow problem. The Bow School District paid tuition for Bow students to attend Concord High School under a 1977 contract that required three-year notice for termination. With ninth graders and the Bow students, enrollment at the high school was predicted to exceed 2,000 students. In May 1993, a community group recommended a ninth- to 12th-grade program, which would keep the core of the old high school, while finding “nearby” room for expansion, and address traffic flow and parking issues. A few months later, the board canceled Concord’s contract with Bow. Board member David Ruedig spoke against the controversial decision, observing that the high school would be large without the Bow students – but without the Bow students, the district would lose the substantial tuition contribution from Bow’s taxpayers.

The board considered having two high schools in Concord, but ultimately it rejected this course. Concord High sits in the relatively affluent “Hill” neighborhood, and any new high school would probably have been built on the same parcel as Broken Ground School in the relatively low income “Heights.” One high school in an affluent neighborhood and the other in a low-income neighborhood, the board concluded, would have contributed to economic disparity. Renovations began on the high school building; a substantial new wing was added; the school for ninth to twelfth graders opened in 1997. Rundlett Middle School became the home to sixth, seventh and eighth grades.

This excerpt was written by Cheryl Bourassa. It was part of Chapter 6: Repeating the Course in “Crosscurrents of Change.”