by Story By Dana Wormald | Photos By Geoff Forester | In Print 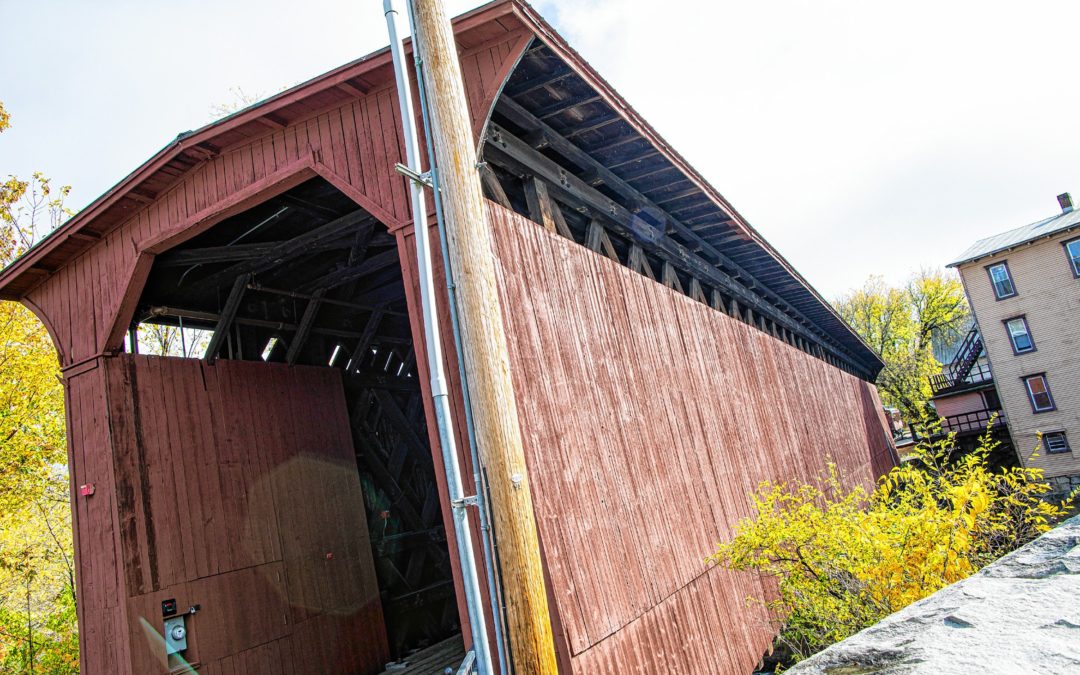 Nature, without any help at all from people, does a pretty thorough job of selling New Hampshire to visitors and reminding residents why they’re here. The mountains, lakes, forests, rivers, fields and coastline are a marketer’s dream. It’s all much more than enough, but the seasons leave nothing to chance. They open the sales pitch with Technicolor greens of spring-into-summer, dazzle with explosions of autumn gold and seal the deal around a bonfire in a field of winter white.

Again, it’s all much more than enough – but long-ago craftsmen weren’t satisfied. They didn’t merely want you to be thrilled by the sight of perfection being further perfected in the natural world; they wanted you to fall in love.

And so with a seductive sweep they built barns at the edge of meadows, classic Colonials framed by picket fences and white church spires that pierce the unbound blue. Individually these scenes are postcards; together they form the collective nostalgia of rural America. Time feels a little less linear on these back roads, as if days, decades, centuries might fall away around the next bend. And sometimes they do, if only for a few seconds, as rubber wheels leave the pavement for the wooden timbers of another time.

To be clear, crossing a 19th-century covered bridge while driving a 21st-century automobile isn’t exactly a transformational experience. One minute you’re gliding along on the open road and the next you’re rumbling through something that looks like a narrow, long, door-less barn that’s been haphazardly placed over a river. And then, like so much of life, it’s all in the rearview mirror.

Also, most of New Hampshire’s 54 covered bridges (36 of which still carry vehicle traffic) aren’t exactly celebrated as tourist attractions in and of themselves. You might find a nearby spot to pull over and stretch your legs, but odds are you’re not going to find a gift shop or tour guide. And if you do get out to take a look around, you’ll quickly realize a couple of things that will drop the curtain on fantasyland: first, unless you’re fascinated by old-timey trusses, there’s not much to look at up close; second, if you’re visiting one of the 36 bridges still in use, you might want to avoid walking inside to stare up at the bones unless you like getting honked at, or worse. Much, much worse.

All that aside, there’s a reason artists like to paint covered bridges and photographers like to shoot them. They stir something in the American heart. Many of them were built in the mid-1800s, when this country was just beginning to glimpse where technology might take it. The structures weren’t made to last forever, but engineers figured out that adding the roof would extend the life of the timbers below. And that was that.

It’s unlikely they predicted that future Americans would fall in love with that utilitarian look, sometimes without understanding why exactly, and go to such great lengths to protect covered bridges from the relentless two-headed monster of progress and exposure.

While we would never try to dissuade you from tackling a 54-bridge bucket list in the form of an epic New Hampshire road trip, why not start off with something a little more manageable to get your feet wet? After all, when was the last time you drove across four different covered bridges all before lunchtime, and then visited a fifth that is one of the last remaining covered railroad bridges in the nation?

Your journey begins in Bradford.

The Bement Covered Bridge, built for $500 in 1854, is right off Route 103 and carries Center Road over the west branch of the Warner River. The bridge was the brainchild of Hopkinton native and member of the U.S. Army Topographical Engineers Stephen H. Long – or so the story goes. In fact, the structural design is named for him – the Long truss – which was patented in 1830. At just 61 feet, it’s the shortest bridge you’ll visit on your mini-tour, but it more than makes up for that knock by being exceedingly photogenic.

After capturing the perfect selfie, follow the river east on 103 toward Warner.

Waterloo Station Bridge, which was built in the Town truss style, carries Newmarket Road over the Warner River. Built in 1857 by Concord’s Dutton Woods, the bridge is 76 feet long and is located near the old Waterloo Station along the Concord and Claremont Railroad. Got that selfie? Okay, time to move on a few miles east to Warner’s Rockwell-esque Main Street village.

Just after the post office, turn right onto Joppa Road, and you’ll quickly spot the Dalton Bridge (named for the Widow Dalton), which is more intuitively but less romantically known as the Joppa Road Bridge. If bridges care at all about bragging rights, Dalton has the claim to fame of being one foot longer than Waterloo and four years older. It was built in a combination of styles – Long truss and Queen truss – and cost a whopping $630 (well, compared to Bradford’s Bement).

You’ll want to spend a little time in downtown Warner, so do that, and then head east again toward the heart of Contoocook Village. If you’ve been itching to feel some old wood and get a closer look at those trusses, now’s your chance. Welcome to the oldest covered railroad bridge in the United States.

The Contoocook Railroad Bridge, which spans the Contoocook River, was first built in 1850 but the one you’ll see was erected 39 years later. It’s 157 feet long and was crafted in the Double Town truss style, which made it better able to handle heavier loads than its predecessor. What is a Double Town truss? While we could certainly flex our engineering muscles and take a deep dive on that (no, we couldn’t), why not get out of the car and check it out for yourself? Feel free to spend as much time inside the bridge as you want, because there is absolutely no chance you will be struck by a train. Unless ghost trains are a thing, which really is not for us to say.

You won’t want to leave Contoocook right away, and you don’t have to. There’s only one bridge left and it’s just a little ways down Route 127. Relax. Take your time.

Back in 1853, the Childs boys of Henniker – Horace, Enoch and Warren – got together to build Rowell Bridge across the Contoocook River in West Hopkinton. At 167 feet, it’s the longest bridge on this shortlist and sports a combination Long/Arch truss style. If you’re looking for a spot for that perfect seasonal family photo, this might be the one.

So that’s it. Five covered bridges, all different, all on the National Register of Historic Places and all just a short detour off the main road. Best of all, time is precious and you still have half the day to play around with.

But however you choose to spend those remaining hours, there’s a good chance the same thought will stick with you as night comes to claim another day: There’s just something about covered bridges. u