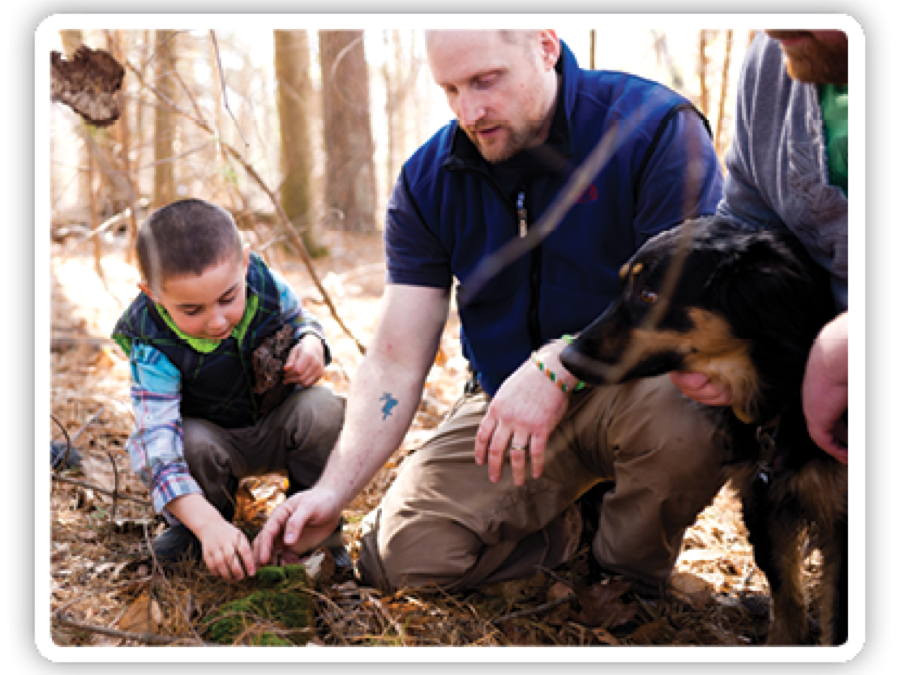 Parting with your cell phone isn’t always easy, even when you have paid money to do it. “Every single group, we run into people who are like, ‘I don’t know if I can put my phone away for two hours. I don’t know if I can do it,’” says Jake King, founder of Thrive Outdoors.

For four years the Hopkinton-based company has offered a variety of retreats and leadership seminars based on getting deep into the wild to help people shed stress and find strength. Instagram scrolling and rage tweeting don’t really fit well, so helping participants separate themselves from their electronics has always been a goal.

Jake, 43, is a former Army ranger, former police officer, and former operator of a Manchester homeless shelter who has been running a variety of outdoor programs since he was 19. He started Thrive Outdoors with his brother, Eddie King, and their friend Vinnie Haney, partly because his jobs showed him the damage that the stress of our lives can do to people and reinforced his certainty that experiencing the outdoors can be an antidote.

Thrive Outdoors sessions deal with everybody from preteens to business leaders and range from multiday programs to two-hour hikes. Learning outdoor skills is a major component of all of them, because you can’t de-stress if you’re worried about surviving.

Jake says being able to disconnect is becoming more important as our lives become more intertwined online. “We always understood it was something that mattered. It isn’t our primary goal, it’s just a really important part of our approach.”

As part of their work, Jake says Thrive Outdoors is trying to better figure out why people become so attached to their electronics, and the best way to ease them off an overconnection. “We are trying to pinpoint exactly why certain individuals are really, really resistant to disconnecting. Sometimes it might be a phase of life, sometimes something else. If we know, we can react to it,” he says. “Was it taught to them? Is it environment? Personality? That’s something we’d love to get to the bottom of.”

For more information, Thrive Outdoors is at www.thriveoutdoorsnh.com.