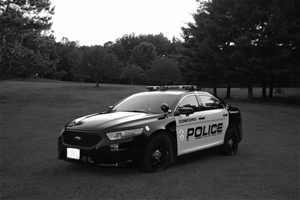 The Concord Police Department is asking for assistance frombrthe community in solving an apparent attempted robbery that occurred at aroundbr8:15pm on Monday, August 10, 2015, at 12 E. Side Drive, in Concord, NH.

At approximately 8:40pm, it was reported that the victims,bran African refugee family consisting of a mother, father, and multiple youngbrchildren, were returning to their apartment building when they saw a group ofbrmen and one woman standing in the courtyard near building #2. As theybrapproached the building, the woman from the group pointed at the victims in anbrapparent signal to one of the men. An unidentified male suspect from the groupbrthen approached the victims, taking a black handgun out of his waistband andbrpointing it directly at the father, who was carrying his small child. Thebrsuspect made statements which the victims did not understand and they quicklybrfled the scene with their children.  Nobrone was injured in the incident. The suspect was described as a white male,brpossibly in his 20’s, 5’8-5’10, thin build, wearing a dark hooded sweatshirtbrwith the hood up. The incident is being investigated as a possible Attempted Robberybror Criminal Threatening, and it is not yet known if the victims’ nationalbrorigin was a factor in the crime.

If you have any information regarding the person(s)brresponsible for these crimes, please contact the Concord Regional Crimeline atbr(603) 226-3100.

Anyone who has information relative to anybrcriminal incident is asked to call the ConcordbrRegional Crimeline at (603)br226-3100, or submit information onlinebrto the website at: www.concordregionalcrimeline.com,bror Txt TIP234brand their message to CRIMES (274637).  Crimeline awards cash to anyone whose information leads to the arrest and indictment of criminals.brAll tips remain anonymous.