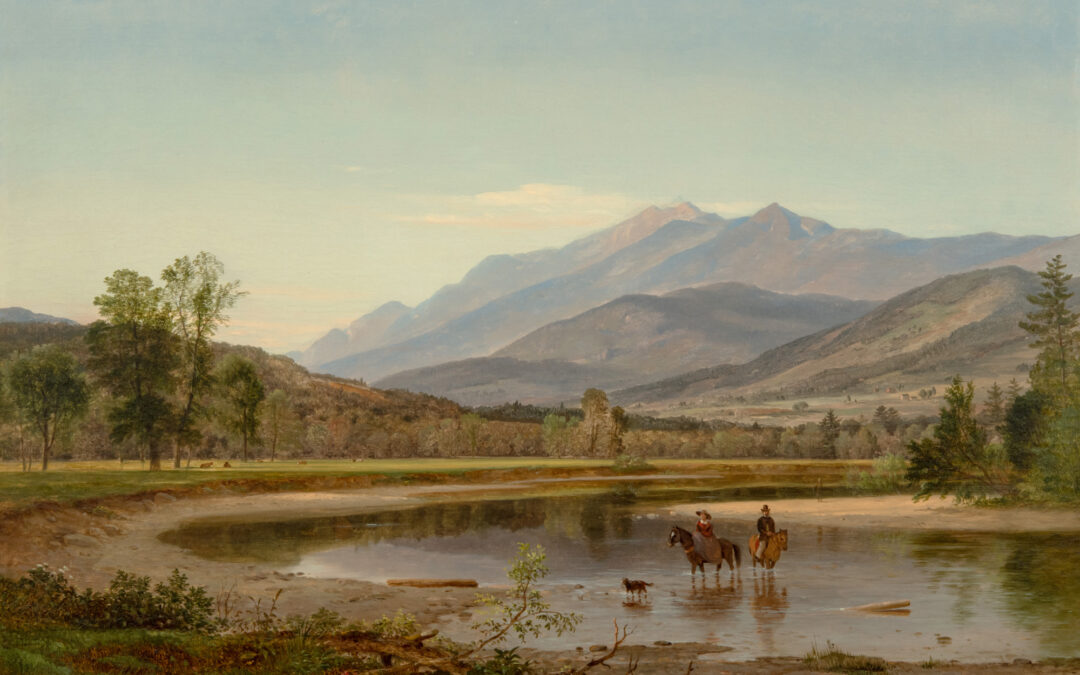 In a multi-faceted project developed over the past five years, the New Hampshire Historical Society offers an unprecedented look at the life and art of Samuel L. Gerry, one of the most prolific White Mountain artists.

“A Faithful Student of Nature: The Life and Art of Samuel L. Gerry” showcases the work of this important artist using a variety of media and features many of Gerry’s paintings held in private collections. This project affords the public a rare opportunity to see these works, which are not normally on view.

Gerry created more than 140 paintings depicting majestic views of New Hampshire. His work was realistic, yet it also idealized the natural world, emphasizing its grandeur and its vastness. From the mid-1830s until 1890, he traveled nearly every summer from his Boston home and studio to the White Mountains or the Lakes Region of New Hampshire. Here, he explored, sketched, and painted the natural world around him, one that, when he first visited the area, had been only lightly touched by man. His depictions of New Hampshire’s natural beauty, including such iconic sites as the Old Man of the Mountain, Mount Washington, and the Flume, helped shape the way Americans viewed the state.

Gerry was part of a new order of artists, centered in Boston and New York, who were intent on establishing America’s cultural reputation. They aimed to show that the nation’s scenery and its artists rivaled what they had seen when studying in Europe. Together they redefined American art in the 19th century.

A special issue of Historical New Hampshire, published in January, features 52 full-color plates of Gerry’s works along with articles by Gerry scholar Charles Vogel and art historian Melissa Geisler Trafton. The issue also appears in book form and is available for purchase at the Society, online at nhhistory.org, and by calling 603-228-6688.

An exhibition of Gerry’s art is offered in two formats: virtual and onsite. The virtual exhibition includes the works featured in the publication, and the onsite exhibition showcases 38 of the artist’s most significant works, with the majority coming from private collections. Also featured are paintings from the Society’s own collection and from the collections of the Boston Museum of Fine Arts, Historic New England, Fenimore Art Museum, Revolutionary Spaces, and the New Bedford Whaling Museum.