by Around Concord | History, In Print 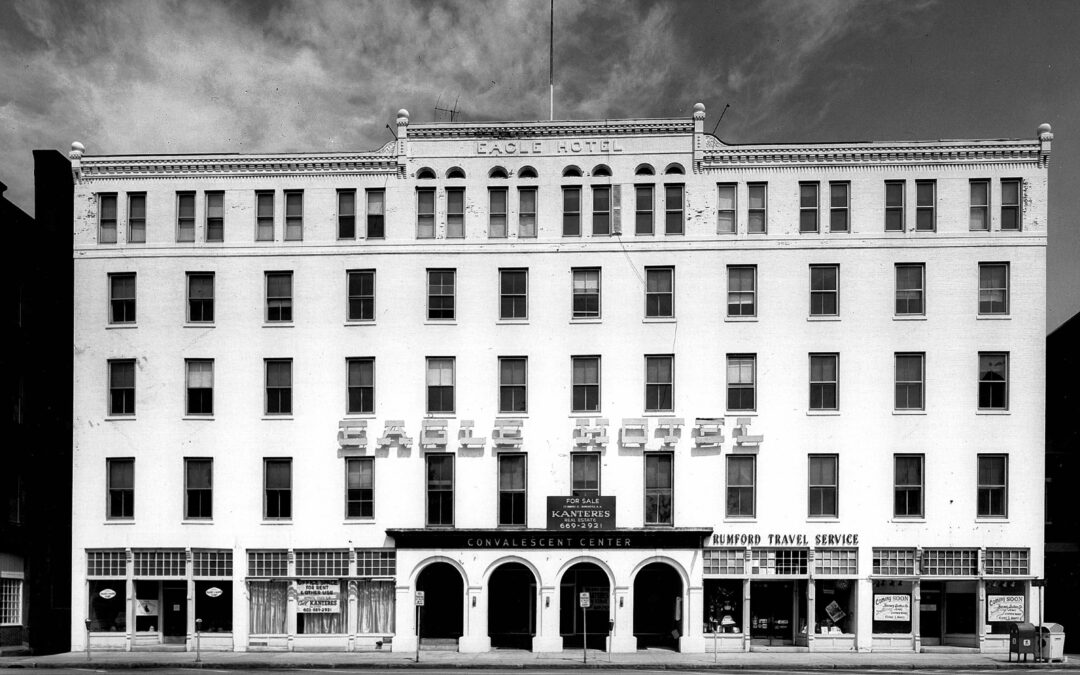 Concord’s government and Chamber of Commerce continued to discuss the shortcomings of Main Street. The early 1970s, marked by the proliferation of strip malls and suburbanization, were a dark time for downtowns. Martin L. Gross, city councilor from 1970 to 1982 and mayor of Concord for the next six years, described a downtown that clung tenuously to life.

“There were empty storefronts, empty buildings, the major commercial tenants were leaving and going out to strip malls; stores that had been anchor tenants of the downtown were out of business or gone; the supermarkets had all spun out to the periphery. There was not much to bring people downtown, and everything was generally falling into decay.” A renovated and revitalized downtown became imperative.

While there was no shortage of plans for reaching such a goal, putting one into effect proved somewhat difficult. In 1971, with the Capitol Shopping Center nearing its ten-year anniversary and the threat of another shopping center looming at a filled-in South End Marsh (which never materialized), the Chamber of Commerce commissioned an architectural study. Guy Wilson called for improved signs and more benches, lights and trees along Main Street for new life and vitality and proposed an indoor mall over the James R. Hill Building, occupied at the time by the F. W. Woolworth Company. Though that specific plan never came to fruition, it was prescient; the following decade brought a major revitalization of the block.

A subsequent study concluded that despite population increases, “there’s little happening” downtown. Even more bluntly, it said that the area “needs more visual delight – you ain’t got much there.” Suggestions again included pedestrian walks and improved landscaping, sidewalks and signs – even a “people-moving system” such as a moving sidewalk to bring people from the Capitol Shopping Center to Main Street.

In the following years, planners, developers, merchants, and property owners worked hard to rehabilitate downtown. The period from 1973 to 1986 saw four major revitalization projects: Bicentennial Square, the Firehouse Block, Eagle Square, and Capital Plaza. A fifth, to remodel the Sears block, southeast of Main and Pleasant Streets, never materialized, although the Sears building was replaced by Capitol Commons in 2007. All four relied, at least in part, on federal and municipal funding.

The following excerpt was written by Geoffrey R. Kirsch and Elizabeth Durfee Hengen, It was part of Chapter 2, Granite, brick, steel and wood: A city’s sinews in “Crosscurrents of Change: Concord, N.H. in the 20th Century.”