New Life in an Old Church

by Steve Del Giudice And Vicki Patric | In Print 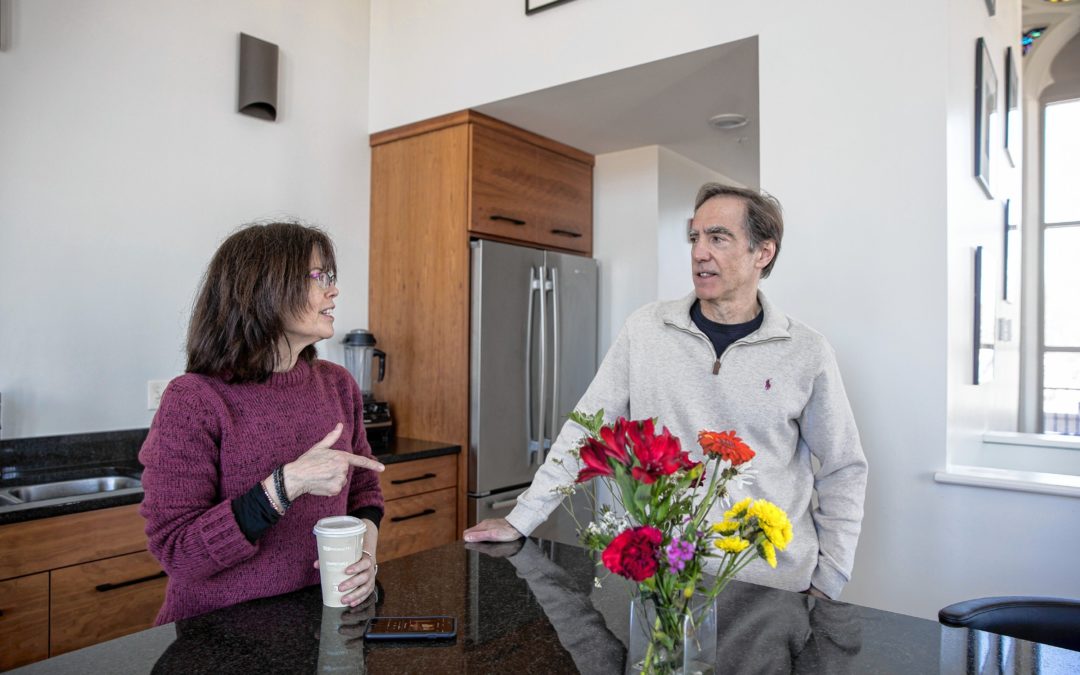 When people find out where we live, they often ask, “What’s it like living in a church?”

It wasn’t planned this way. We had only two criteria when we moved a few years ago: we wanted to be walking distance to downtown Concord and to live in a condo built by Jon Chorlian. We’ve known Jon for years and trusted his work, especially his vision to create spaces for the way people live.

Jon, along with architect John Jordan, transformed the Sacred Heart Church into 10 condos. Each one is comfortable and elegant on the inside. On the outside, little has changed from the appearance of this sandstone Gothic building.

During the construction phase, we could see that many of the architectural features would be preserved: tall arched ceilings, enormous stained-glass windows, the giant capitals. In some way, we felt the building had its own civil rights – a guiding principle to keep what was created to be front-and-center. That’s what we tried to do with design and decor.

In the end, we got more than we hoped for. The living area is on the second floor in one flowing room with abundant sunlight and a view of the State House. Music fills the space in a special way.

The name of our condominium association is Bienvenue. It reflects the building’s French-Canadian origins and the welcoming attitude that we, as residents, try to foster with each other – our esprit d’corps. We all share an appreciation for the beauty and history of where we live. And we all like to walk downtown.

This building will be here long after we’re gone. We don’t own it as much as we’re acting as stewards – caring for it as we pass through. During the Middle Ages, people built churches like the one we converted into our home, to create a sense of awe, majesty, civic pride, and to point toward a power greater than oneself. It’s a design that still works.