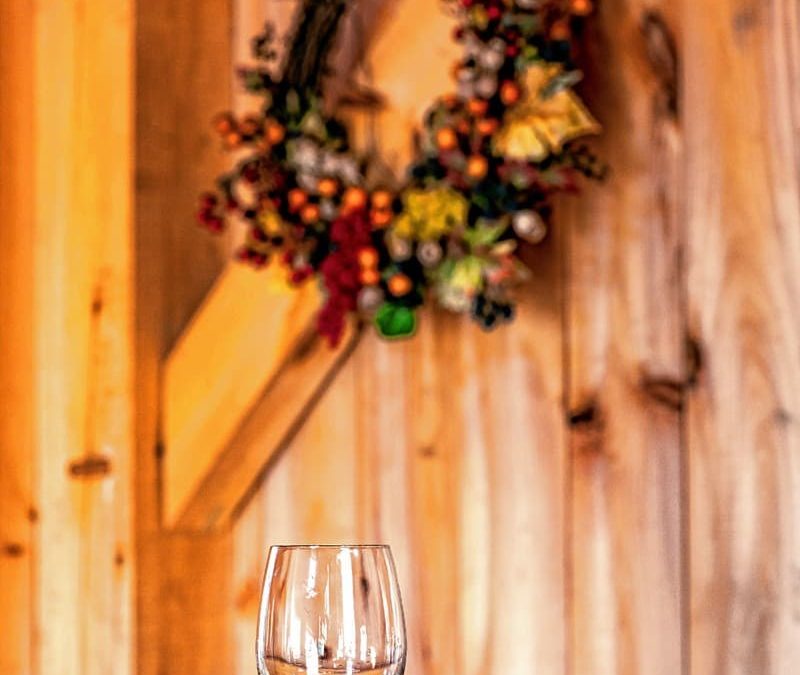 Jamie Austin remembers spending summer afternoons as a child at his family home in Webster with his brother and sister stomping on blackberries in a 40-gallon bucket, his father watching with a careful eye nearby.

Austin’s father, Peter Coffin Austin, enlisted his children to help him make wine from the blackberries, raspberries and dandelions he found in the yard of their colonial home, Austin said. Each time it was a family affair.

“He was always out in the garden picking everything he could find, trying combinations he liked,” Austin said. “The whole family would be a part of it.”

Winemaking is a tradition Austin carried on as he grew older, visiting his father when he moved out and went into the restaurant business. He would meet up with family at his father’s place once a month to have dinner and to make a batch of wine with berries or flowers.

He now owns a winery, Coffin Cellars, opened nine years ago and operated out of his childhood home in Webster. He sells dry to off-dry fruit wines made from berries that are almost all grown in Austin’s father’s backyard and another 2 acres the family owns in Webster.

Apart from making a good product, Austin sees it as a way to honor that family history.

“I think it all really did start with the family aspect – everybody living in different places, but coming together to hang out and make a little wine,” he said. “Over time it just became natural.”

None of Coffin Cellars’ wine is made from grapes. They sell products such as peach wine, black currant wine, kiwi-berry wine and jalapeno wine – a spicy wine that is a favorite among customers. They have nine wines they are selling now, and switch out flavors periodically depending on what resources are available.

Family and tradition are seeped into the wine, but also the character of Austin’s business and tasting room.

The name Coffin Cellars was inspired by an old family name. The Coffin, then “Coffyn,” family came to the United States from England in the 1700s and purchased land on the island of Nantucket. The Coffins (sometime before the “y” changed to an “i”) soon became one of three families to start whaling off the island. Austin’s father is named for the famous whaling ship captain Peter Coffin.

Austin and his family have played off the Coffin theme by creating a design in the shape of a casket with a wine bottle in the middle.

“We thought something fun and a little different like that would catch people’s eyes,” he said.

The home where Austin makes his wine dates to 1775. The tasting room, where people can visit on weekends between 1 and 5 p.m., is in an old shoemaker’s shop next door that was built in the Civil War era to make boots for soldiers. In the 1930s, it was a playshop for his grandmother. The inside is designed by a friend of Austin’s who made it largely from pines found on the property. Austin’s friend did all of the delicate trim work inside by hand. An old lamp made out of a wagon wheel hangs down as a centerpiece in the space.

“We feel like this place really embodies us,” he said. “This is the feel that we want to have: It’s very homey.”

He said growing most of the berries themselves helps keep prices down. A bottle of Coffin Cellars’ wine costs between $10 and $20. Most are around $15.

“It’s really important to my dad to be accessible to everybody,” Austin said. “He wanted to make a quality product that everybody could afford.”

Every Thursday, Austin said he comes out and spends the day with his father, making, labeling or bottling wine or picking berries.

“I think it’s a passion we will always share,” he said.

Where to find it

Austin said each of the wines and ciders he sells takes between nine months and three years to make. It’s sold locally at various farmers markets, including in Concord and Nashua, and at convenience stores. The winery’s most popular wine, cranberry-pomegranate, is sold in New Hampshire state liquor stores.