Disney Classics Come to Concord This and Next Weekend 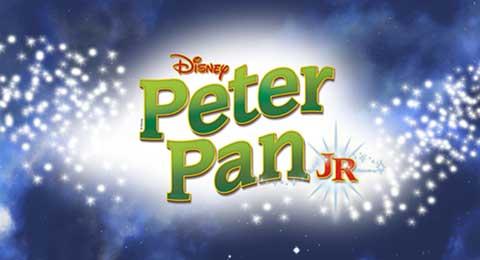 Wendy Darling loves to tell stories to her brothers, Michael and John. But when her father announces she must move out of the nursery, Peter Pan comes to visit the children and whisks them away to Neverland. Their adventure introduces them to the Lost Boys, Mermaids, Indians, and even the infamous pirate, Captain Hook! Based on the Disney film and J.M. Barrie’s enchanting play, Disney’s Peter Pan, Jr. is a modern version of the timeless tale about a boy who wouldn’t grow up! The score includes new arrangements of classic Disney songs, such as “Following the Leader,” “You Can Fly,” “The Second Star to the Right,” and “Yo Ho, A Pirate’s Life for Me.”

Welcome to Agrabah, City of Enchantment and the fantastic tale of the street rat who became a prince!

All of your favorite characters from the hit Disney film – Aladdin, Jasmine, Iago, Jafar, the Genie, and more – are here in Disney’s Aladdin, Jr., a musical adventure filled with magic, mayhem, and flying carpet rides. Disney’s Aladdin Jr.’s tuneful, accessible Academy award-winning score, with songs by Alan Menken, Howard Ashman, and Tim Rice, including “A Whole New World” and “Friend Like Me,” will send audiences soaring.