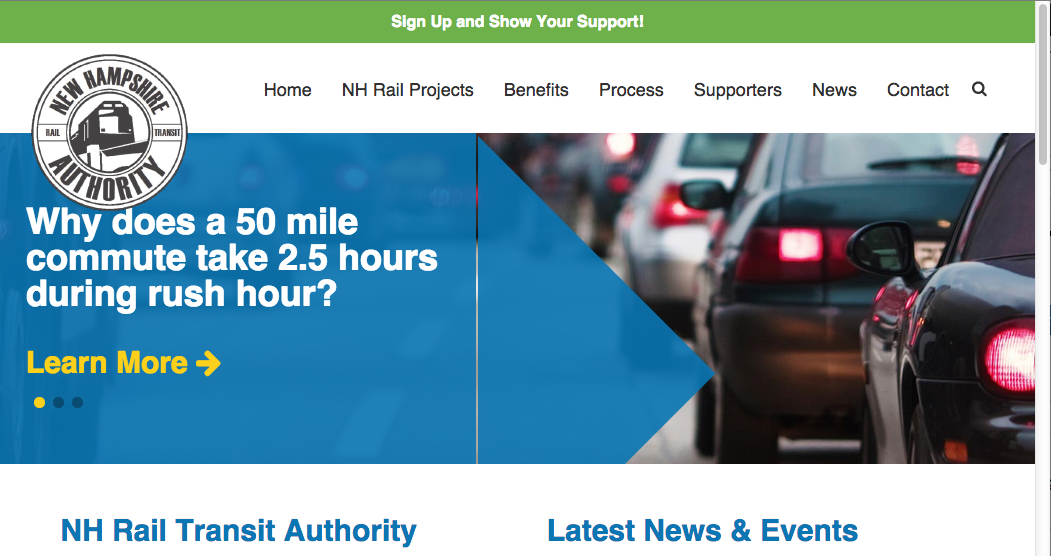 A new informational website was launched earlier in October for the New Hampshire Rail Transit Authority, at nhrta.org. According to a press release on the site, the site outlines the benefits of passenger rail as an alternative mode of transportation in New Hampshire.

According to the release, the site features “detailed information about current rail projects in the state, including the ongoing NH Capitol Corridor Study, an effort to evaluate the expansion of passenger rail service along the 73 mile stretch from Concord to Boston that is traveled by some 165,000 vehicles per day.

“The site also addresses the process needed to expand rail, features relevant news and information, lists prominent supporters and enables the public to sign up and show their support for passenger rail expansion.”

“Support for rail expansion has been widespread throughout the state and is gaining momentum,” NHRTA chairman Thomas Mahon said in the release. “Large and small businesses, community leaders and private individuals have reached out to express their desire to see rail become a reality. This website will serve as a tool to educate the public about the benefits associated with rail transportation and create an ongoing dialogue as we explore expanding rail from Boston to Concord.”

The release continues, “Passenger rail has long been a hot topic of conversation in Concord and throughout the entire state, with public support intensifying in recent months.”