Excerpt: My Antonio and the Stitch that Binds

by Joseph Steinfield | Arts, In Print 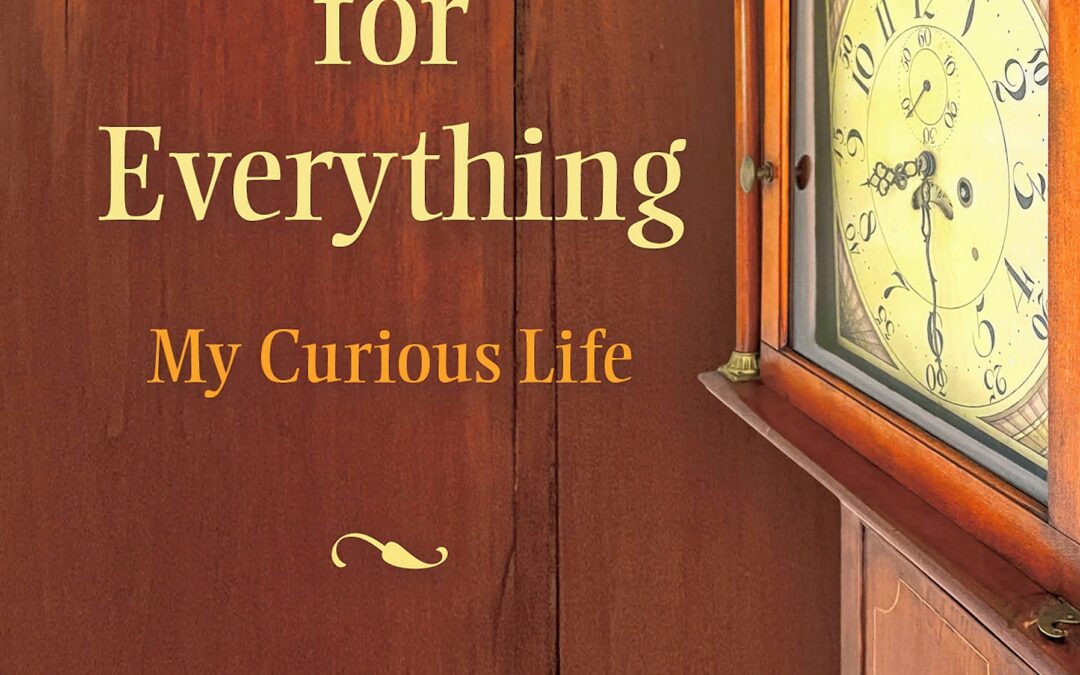 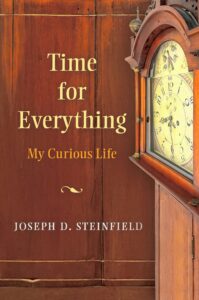 Time for Everything picks up where Joseph Steinfield’s first book, Claremont Boy, left off, with tributes to friends and heroes and essays on being Jewish, sports and humor, health and politics. These pieces were originally published in the Monadnock Ledger-Transcript.

The second half of the book, “Thinking About the Law,” contains pieces about the rule of law, the Constitution and the Supreme Court. Most of the articles in this section were previously published in The Keene Sentinel and some first appeared in the Concord Monitor. These are eminently readable essays, written without legalese for a lay audience.

Once again, Steinfield has applied his storytelling skills to his life’s experiences, and to our legal system as well. Whatever the subject, he writes to inform, to educate and to provoke a smile along the way. As readers will discover, the book’s subtitle, My Curious Life, is well chosen.

Steinfield was born and raised in Claremont, New Hampshire, where he graduated from Stevens High School in 1957. He is a graduate of Brown University and Harvard Law School. He was formerly a partner at Hill & Barlow in Boston and became a partner at the Boston firm of Prince Lobel Tye in 2003. He specializes in litigation and First Amendment law. He lives with his wife in Keene and Jaffrey.

Here is an essay from the collection:

Tailor made
In the fall of 1973, I needed a suit. We were on our way to Russia, and I heard you dressed up for the Bolshoi Ballet. 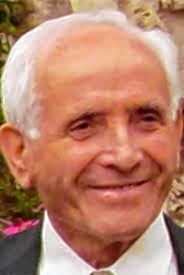 I had seen a sign near my office, “J&T Tailors, One Flight Up,” and I decided to climb the stairs to the shop. There were the proprietors, Joe and Tony, and I saw that they had quite a selection of men’s clothing. I told them I was going to Russia and needed a nice suit. With Tony’s help, I picked one out, and Tony, with chalk in hand and pins between his teeth, he took the measurements.

I returned a week later to pick up the altered suit. While I tried it on, Tony told me that he was from a village in Italy called San Sossio Baronia. His English wasn’t great, but his personal warmth more than made up for his lack of fluency. I looked at a certificate on the wall, written in Italian, and learned that his full name was Antonio Natola.

From that year to July 3, 2016, a span of forty-three years, Tony was “my tailor,” the only one I will ever have. He also became my friend. I bought suits, jackets, slacks and coats from him, and when my sons were old enough, I took them to the shop. Joe and Tony moved a few times, but somehow they were always close to where I worked.

Tony was more than my tailor; he became my friend. Sometimes I would drop in just to chat. If too long went by, I would get a call. “It’s Tony, Tony the Tailor. How come I no see you?”

Over the years we shared quite a bit. We both had two sons and a daughter, and we both became widowers in the 1980s. Our friendship got stronger.

Joe decided to retire, and a few years later Tony followed suit, so to speak, but not for long. He missed his customers, he told me, so he took a corner in a shop owned by a Dominican woman named

Theresa and continued as before, though now mostly from catalogs. When my grandson graduated from high school a year ago, I took him to see Tony, who knew just what jacket and slacks were right for him to take to college. As we left, Tony told Jacob to pick out a tie, “my gift to you.”

My lawyer son turned 50 in the spring of 2016, and I made a date to take him in to see Tony. When we got there, Tony gave me a hug, as always, and they then picked out a beautiful blue suit. Tony said he would call when the suit arrived.

Several days later, I got a message, not from Tony but Theresa, telling me that the suit was ready. When my son and I went to the shop the next week, she told us, “Tony’s in the hospital, he’s very sick.” With tears in her eyes, she made sure the suit was just right.

I then spoke several times with Tony’s daughter, Anna, who was not optimistic. A few weeks later she called, and I knew what I needed to do. I hung up, went to my car, and drove from downtown Boston to the Lahey Clinic in Burlington, Massachusetts. Anna was there and so was Lena, Tony’s daughter-in-law.

Despite the oxygen tube and other hospital room paraphernalia, Tony gave me a big smile and extended his hand, which I held throughout the visit. We had a wonderful conversation, reflecting on our long friendship. Anna and Lena looked on, taking it all in. He told me he loved me, and I told him I loved him.

As I was getting ready to leave, knowing this would likely be our last time together, I asked a question. “Tony, what color was the suit you sold me before I went to Russia?”

His eyes twinkled. “Beige,” he said.