by Sarah Pearson | History, In Print 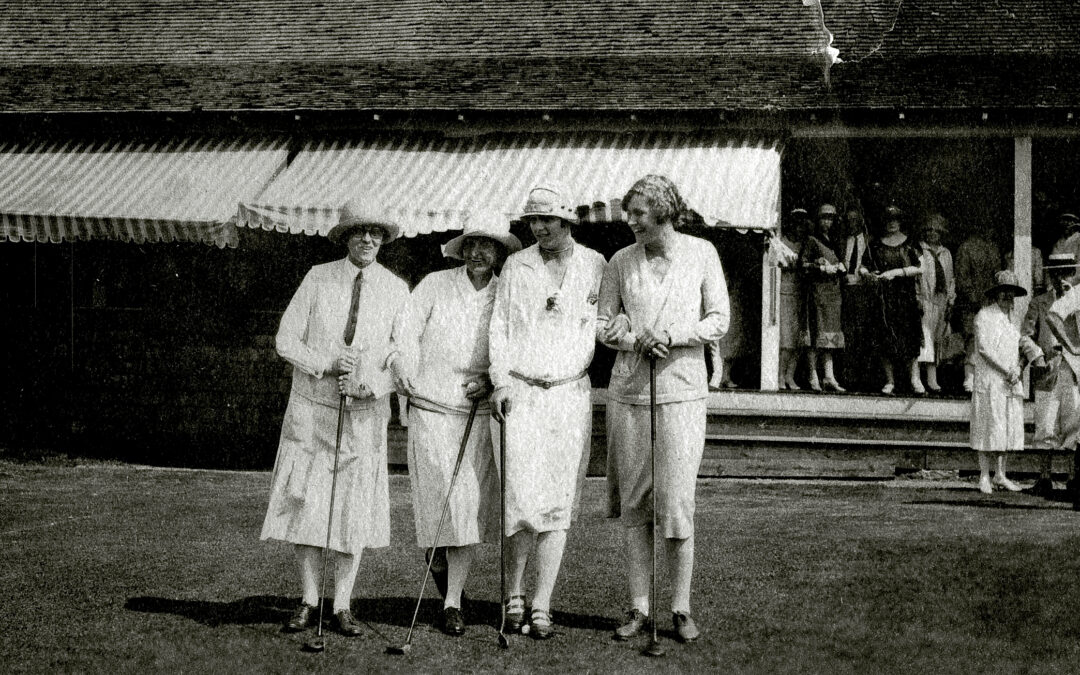 “In the Fall of 1896, Mabel Hill, Harriet Huntress and Paul Holden could be seen hitting golf balls into the fields opposite the West Concord Cemetery,” reads an entry in The Village of West Concord. “The following Spring, with the added help of Adam Holden, they founded Beaver Meadow Golf Course and Club.”

The nine-hole course, the first in the state, was built on land owned by the Sewalls Falls Lock & Canal Co. The city of Concord took over ownership and maintenance in 1930 and the course remained nine holes until it expanded to 18 in the late 1960s.

Golf, too, spanned the century and Concord continued to play a healthy role in the sport as the 21st century began.

Beaver Meadow, classified as the oldest course in the state, was the hub of the state’s competitive golf in the early days of the 20th century.

A Beaver Meadow golfer, H.W. Odlin, won the Rollins Cup for winning the first two years of the state championship, held at the course in 1899 and 1900. In 1901, Nathaniel C. Hobbs, another Beaver Meadow member, won the title on his home course.

Hobbs won again in 1906, when the championship was once again held at Beaver Meadow. It was the last State Amateur at Beaver Meadow for nearly 70 years. New Hampshire golf officials opted to take the event to 18-hole courses.

Beaver Meadow Golf Course – led by golf pros Chet Wheeler and, later, Ed Deshaies through the bulk of the second half of the century – had gone through renovations, and opened as an 18-hole course in 1969.

No longer did golfers set out from near the clubhouse and need to deal with telephone wires as they hit across the road on their first shot. No longer did they come back across the street to the eighth green and then play the ninth hole back up the clubhouse that stood near where the tennis courts at Beaver Meadow School were at the end of the 20th century.

The clubhouse was brand new and, with some of the holes rerouted and closed, Beaver Meadow ended the renovation with 14 new holes.

Before long, the State Am was back.

This excerpt from “Crosscurrents of Change” was written by Allen Lessels and is part of ‘Chapter 7: On the Ball – Heady times for recreation and athletics.’ This 400-plus page hardcover edition introduces you to the people who helped shape a city, and it takes you through tragedy and triumph with some of the defining moments in Concord history. To purchase a copy or to learn more,
visit concordhistoricalsociety.org/store.