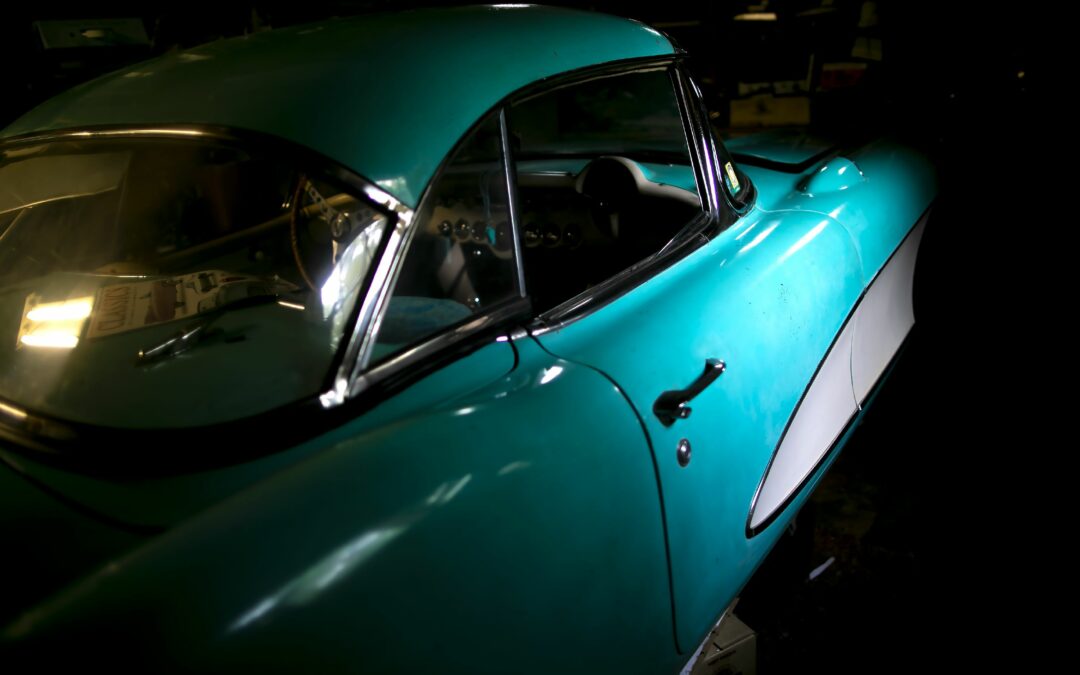 Inside Ron Wirth’s barn, nestled between the old tools, knick knacks and hundreds of transistor radios, sits an old love.

The chrome on the 1957 Corvette hardtop convertible coupe still shines bright after all these years. It sat in storage for a long time, decades in fact, before Wirth brought it home to New Hampshire.

The car is nearly 65 years old – old enough to be a member of the Baby Boomer generation. It’s also a classic.

In the right condition, those cars today can sell for 100 maybe even 200 times that amount.

That style of Corvette, introduced in 1955, are sought after by automobile enthusiasts, even though they weren’t the fastest or the most powerful. The 1957 came with 250 horsepower, which pales in comparison to 460 horsepower output of the 1967 Corvette and the sheer power of the muscle cars of the 60s. It’s desired by collectors because it symbolizes a different time in automotive history, as car manufacturers realized there was a new breed of automobile driver that was looking for something different than the large, heavy sedans, like the Chryslers, Buicks and Lincolns that ruled the road.

Their market was young men who wanted to be James Dean.

Chevrolet went more European with the Corvette’s design in the 50s, smaller with just two seats, a rounded trunk and lots of chrome. Its lines still hold up as one of the greats in a long line of greats.

Wirth’s vehicle – in a rare cascade green – shows its age in places. It’s got 126,000 miles now. The seats are a little torn, there’s a scratch here, a nick there. The old canvas top that came with the car has disintegrated. On the plus side, it’s got all its original parts, including headlights, hubcaps and even the license plates it came with the day it rolled off the lot when it was brand new.

Of the 6,000 or so Corvettes produced that year, Wirth says about 300 came with that color.

Wirth, who considers himself a fancy technician or even an inventor – isn’t sure he’s going to sell his rare beauty, or fix it up, or both.

He’s sure gotten an earful of advice on what he should do.

“We have people already – I haven’t seen friends in years – now they’re calling me on the phone to give me advice. We’ve done the research and we see they’re selling for $50,000,” he said. “And I’m going ‘yeah, sure.’”

After decades in storage in California in an old building he owned, Wirth brought the car home to Warner, where he’s lived the last 30 years. He recently got it registered with the state but it would need about a week in the shop before it was ready for the road again.

He’s not too worried about thieves. Whoever wanted to take the car would have to clean out the barn first because its tucked away snugly in the corner.

“I want the world to know it exists,” he said. u