Divine Duck: Why this delectable waterfowl deserves to be a culinary mainstay

by Jennifer Spellicy | In Print 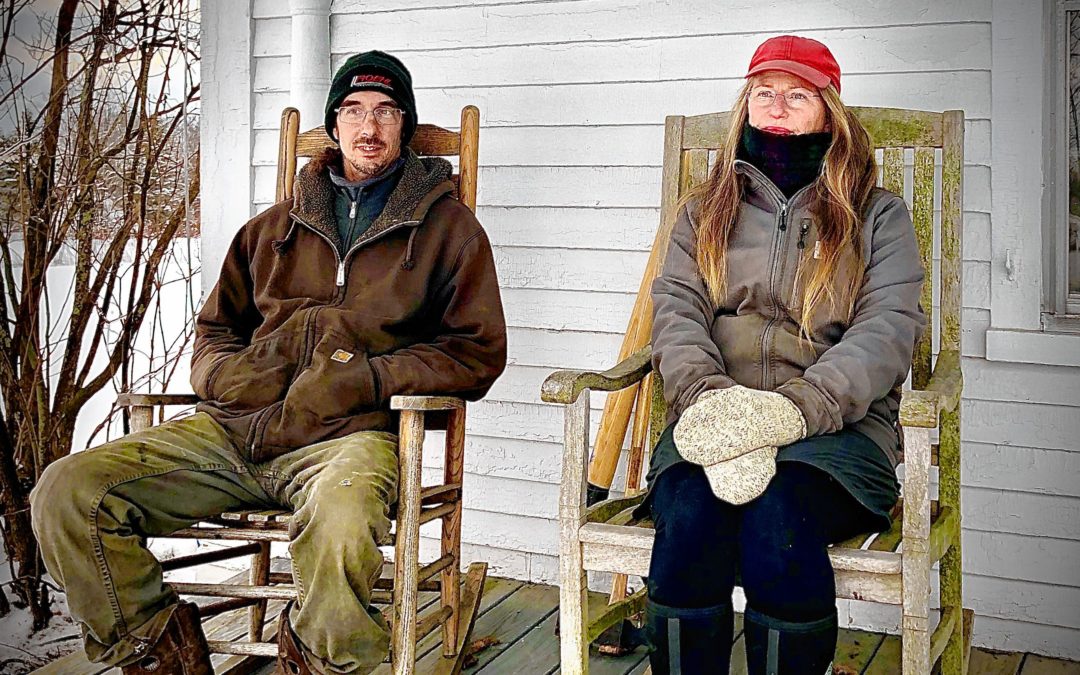 While duck enjoys widespread popularity with both restaurant chefs and home cooks in France and other places in the world, it’s puzzling that it’s never gained much of a culinary foothold here in the United States. In recent years we’ve seen heretofore unpopular foods like kale and brussels sprouts made trendy due to dishes that creatively highlighted the ingredient – Kung Pao Brussels Sprouts anyone? It stands to reason that duck could also enjoy the popularity it deserves if there were more duck breeders and if more restaurants offered it on their menus in new and interesting ways.

Thankfully, there are people here in New Hampshire who are helping bring about this change. Jim Czack and his wife Annette own Loudonshire Farm in Loudon, located less than 20 minutes from downtown Concord. They don’t sell their products to the public, but they’re suppliers to four restaurants in New Hampshire whose chefs are partnered with Jim and Annette in their commitment to breed heritage livestock, poultry and waterfowl that are not genetically manipulated or raised in feedlots.

When I had the pleasure of visiting Loudonshire Farm this past December, Jim graciously cooked one of his duck breasts for me to taste. It was sublime: tender, juicy and surprisingly similar to beef tenderloin. The texture and flavor of his duck was better than any I’ve ever tasted. Admittedly, I’m now an avid fan of duck and have been for years, but similar to a lot of people I had almost no exposure to it in my childhood.

When I was growing up, like many Americans, chicken made an appearance most regularly on our dinner plates. Sometimes there were pork chops, and less frequently beef roasts or steak, but our family never once ate duck. The first time I tried it was in the Southwest of France at a restaurant in Lauzerte, a tiny medieval village located high on a hill-top in the scenic Midi-Pyrenees. My husband and I were touring the area and needed to find a place to have lunch.

The only restaurant open in the rather deserted village that day was Auberge des Carmes, which we almost passed on because it didn’t look promising as there were no patrons inside. With no other prospects in sight, and our hunger growing by the minute, we decided to chance it. We sat at a table covered with a classic red-checkered tablecloth and dubiously examined the minimalist menu. There were few choices and all were unfamiliar to us so we asked our server for some guidance. Upon her suggestion, we both ordered the house specialty: Confit de Canard avec des Pommes Frites (duck confit with french fries). Confit is from the French word confire “to preserve” and simply refers to any type of preserved meat that has been salted to draw out the moisture, then cooked in, and ‘put up’ in fat. The beauty of confit is that the process itself changes the meat, creating an entirely new taste and texture.

Clueless as to what we were in for, we discovered that the duck confit was meltingly tender, almost falling off the bone, and so much more flavorful than poultry could ever be. We were also pleasantly surprised that alongside our meal we were served a generous portion of buttery, sauteed green beans and a crisp, green salad tossed in a lemony vinaigrette. A lovely bottle of locally produced Malbec wine – Chateau Lagrezette – was a natural accompaniment to the richness of the confit and other flavors in our gourmet repast. Any skepticism we previously had about eating duck swiftly vanished as we plowed through our meal, relishing every morsel. Our experience at that humble cafe in Lauzerte expanded our culinary horizons – we now evangelize to our oft skeptical American friends the lusciousness of duck whenever the opportunity presents itself.

If you don’t have the good fortune of traveling to France and trying duck there, you may have the opportunity to taste some of Loudonshire Farm’s duck along with goose and lamb, which are seasonally featured on the menus at four local New Hampshire restaurants: Revival Kitchen and Bar in Concord; Greenleaf in Milford; Otis in Exeter; and Stages at One Washington in Dover. Check online or contact the restaurant ahead to hear which Loudonshire Farm products are on the menu. u