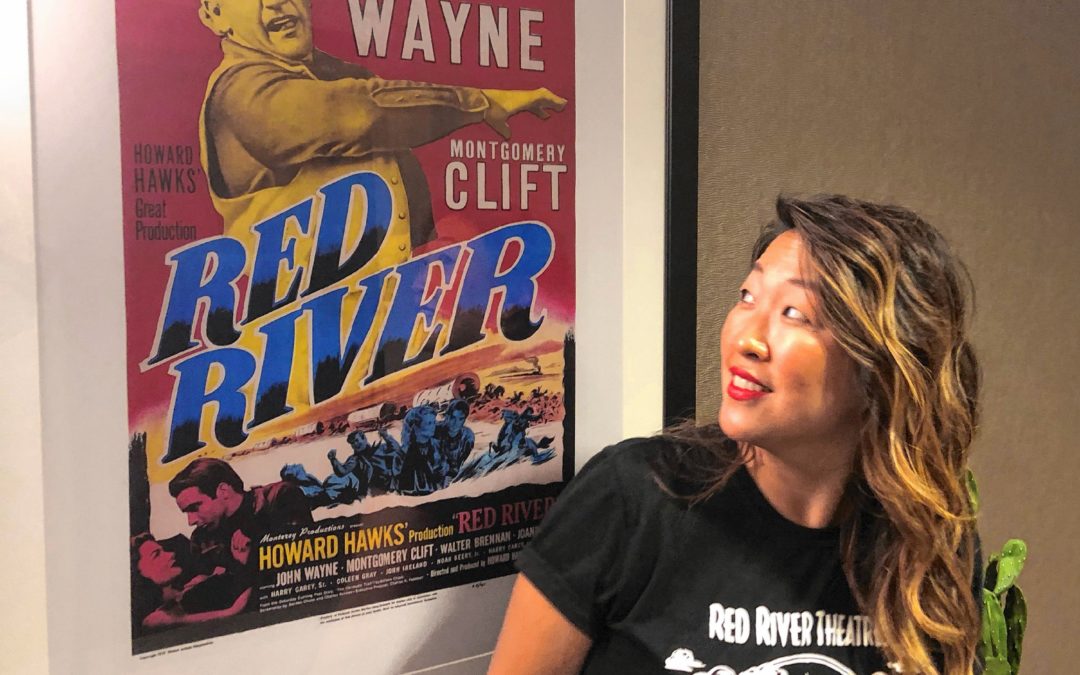 Angie Lane is the executive director of Red River Theatres, a nonprofit independent cinema in downtown Concord. She’s active in city and regional organizations, including having chaired the Concord Young Professionals Network throughout October 2019.

Around Concord general manager Ernesto Burden caught up with her upstairs from Red River in the lobby of the new Hotel Concord.

Ernesto Burden: What do you think makes Concord unique for organizations like Red River?

Angie Lane: In some communities, arts organizations are siloed. It’s very different here in Concord. All the organizations truly support one another. We show up for each other; work together to promote each other’s events.

EB: How do you see Red River’s role in the community?

AL: In the beginning when I worked here [as events and marketing manager], people called us the “snobby theatre.” (laughs) But we don’t just represent a movie theater, we represent a community. I love that. We did this survey and had a thousand respondents. Twenty percent said they became more involved in a cause after attending an event at Red River.  . . .  I think Red River is part of the reason the community is the way it is today. It’s so much bigger than just showing movies.

EB: You seem so deeply connected to downtown Concord…

AL: I don’t think if I hadn’t had that job at the Monitor…

AL: I once worked at the Monitor. I was very bad at selling ads (laughs). But what I loved about it was meeting all the people downtown.

EB: What’s your goal for the theater?

EB: How about the vision, from a programming perspective?

AL: I really want to look at our programming and pivot toward a real emphasis on inclusion and representation.

That’s partly personal, but it’s not just because I was that kid.

AL: I was adopted from South Korea as a baby. Now I understand – I am who I am through that experience of being “other,” and I wouldn’t want to change it. But it was also hard.

When I watched Moonlight at Red River [directed by Barry Jenkins, 2016], that resonated with me. I felt like if I’d seen that as a young person, it would have changed the way I felt about being “other.”

EB: How do you like the executive director role?

EB: You seem optimistic about the future – of the theater and of Concord in general.

AL: I remember coming to the city in 2008, and working at the Monitor, and at the time, the death knell of Main Street was being heralded. In a short time, the reverse happened. The people spoke with their dollars. Red River was an indicator of something larger happening in Concord. If you were coming here and knew the city had an independent theater, a live theater, a community music school, you knew we were a thriving city. People think, “Oh, you have an indie cinema; I know what that city’s like.” Red River tells you something about the city and what it stands for.