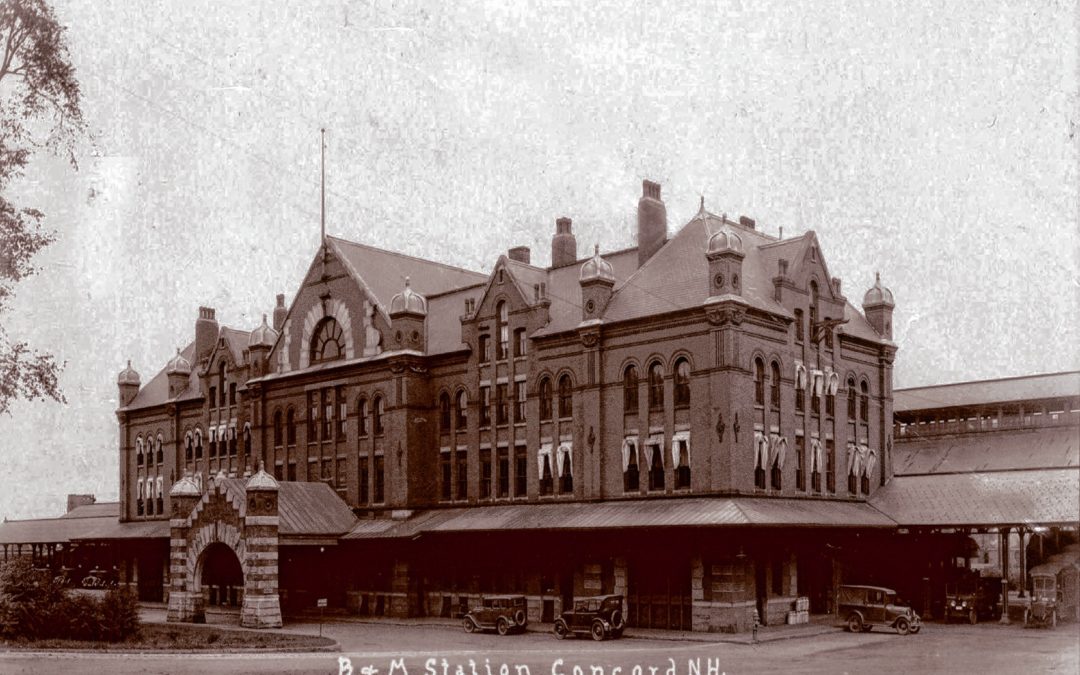 For the 120 years after the railroad reached Concord in 1842, Concord was a true railroad town. The grand brick depot symbolized the center of commerce, travel, and political power for the entire state, well into the first half of the twentieth century.

The Boston & Maine Railroad often dominated the capital city’s affairs, whether as its largest employer or carrying a loved one off to war. In the latter half of the century, however, the railroad in Concord came to represent both the decline of a company, and a way of life for many residents.

When the B&M fell on hard times, significant parts of Concord followed, until, by the end of the century, there was almost nothing left at all. At the dawn of the twenty-first century, the railroad in Concord was a pale shadow of its former self, and while there were those who worked to keep the rails from rusting completely away, Concord found itself relegated to the end of a little-used branch line, no longer an important place in America’s rail network.

This story can be told of a number of American places, but in Concord, these reminders of the past, now crumbling away, remain especially poignant, recalling a time when Concord was a railroad town.

This excerpt written by Andrew Wilson appears in the chapter  titled “Railroad Town” in the  Concord Historical Society’s  “Crosscurrents of Change:  Concord, N.H., in the 20th Century.”