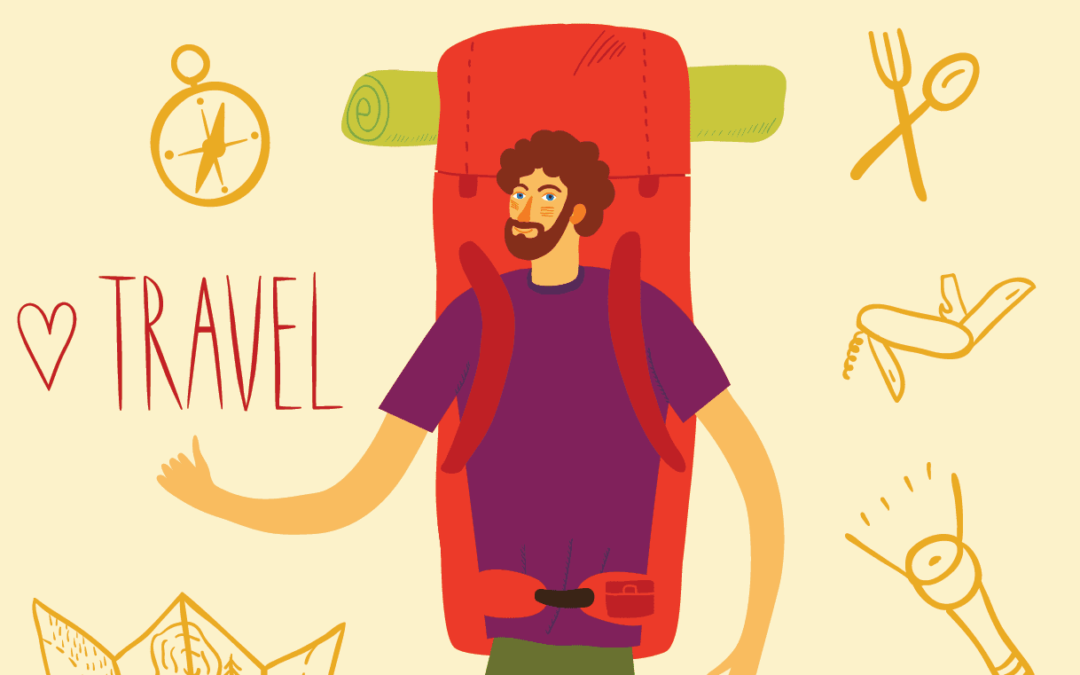 OF WHAT-IFS AND NO REGRETS

This is a short story about summer things, like adventure, romance, hitchhiking, and a little bit of hope to connect them.

It was late August in my 20th year. I was going to meet a girl in Rochester, New York, and together we were going to hitchhike to Chicago. It was a hastily made plan hatched a week earlier on a warm summer night under stars along Chautauqua Lake in Western New York. I had never been to Chicago, she was worried about getting back to school—seemed like a match made in heaven.

In the intervening time I had hitched to Concord, making a surprise visit with my brother and his family. When the day come to head for Rochester, he dropped me off at the Clinton Street exit of I89 just after dinner. Thumb out, I began heading west. There must have been some logic for leaving in the evening, but I can’t say what it was. What I can say is that a couple hours later I was stuck in a dark, empty town along US Route 4 in Vermont.

It was cold. Cars traveling Route 4 were nonexistent. The only option was to wait.

After what seemed a long time, an old pickup truck ambled up in front of me and stopped. There were three people inside, a man, a woman, and a young girl about my age, sitting between them. They rolled down the window and for a moment just looked at me. Then one of them asked how I was doing and where I was going.

“Well,” they said. They couldn’t get me anywhere right then, but they were planning to go into Rutland the next morning. Would I like to spend the night with them, and they would set me on my way the next day?

So much of what makes life interesting are the chances we take.

I heard a story once about former Governor Sherman Adams. Back in the 1920s, he and Henry Waldo would travel back roads in Vermont and New Hampshire looking for lumber that could be harvested by the Parker Young Company in Lincoln. When it got dark, they would just knock on the door of whatever farmhouse was nearby and ask to spend the night.

This wasn’t knocking on a farmhouse door, but it was close. Without hesitation I said, “That would be great.” I jumped in the pickup bed and off we went.

The truck turned from Route 4 and headed up into the mountains. And up. And up. I sat in the back, looking at the stars, absorbing the bumps and wondering what I was doing and where I was going. The Dylan song “Motorpsycho Nightmare” came to mind and I started singing it to myself:

I pounded on a farmhouse
Lookin’ for a place to stay
I was mighty, mighty tired
I had come a long, long way.

Eventually we pulled into what looked like a farm and stopped. I jumped out and we introduced ourselves. They were music professors who taught at Yale, and this was their retreat in the hills where they and some of their students spent part of the summer. They gave me hot chocolate and we talked. They made up a bed for me by the stove. Next morning, they fed me breakfast and invited me to stay a few days. But no, there was a girl waiting in Rochester.

They gave me food for the road, drove me down to Route 4, and dropped me off west of Rutland. Late that afternoon I got to Rochester and found the dorm room where I was supposed to meet the girl. A note with my name on it was taped to the door. Somebody had offered her a ride, so she didn’t need to hitchhike after all.
There was an address in Chicago, a phone number, and an invitation to come on out. But I never did. The day was getting late. Home, and my bed, were just 60 miles farther down the road. Chicago felt too big, too far, too uncertain. And I knew, summer was coming to an end.

The problem with adventures and romances lived are the what-ifs that linger when all is done. A person can spend a lifetime in fantasy and wonder about such things. In truth, it is the what was that is more important. If I had gone to Chicago, or stayed in Vermont, I would have missed the next adventure that was waiting.

And that was the adventure that set me on the road that ultimately moved me to Concord. What if may hang on and flash by every once in a while, but it will never have the same tight grip as no regrets.