You, 1,100 Pounds of  Epsom Salt, and Total Solitude 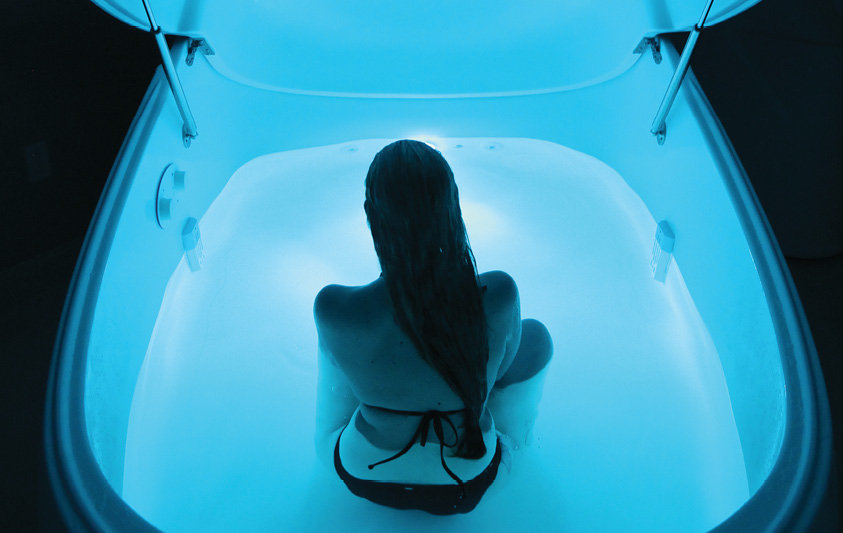 It can be hard to find ways to break free from the minutia everyday life. Sometimes it takes a physical isolation from everything—your family, your phone, your job, your responsibilities, your senses—to be able to actually make that escape and take a breather. Owner of Serendipity Day Spa Holly Rodrigues has found a unique way to make that happen: float therapy.

Float therapy involves participants lying in an eight-foot-tall pod filled with 12 inches of body-temperature water and 1,100 pounds of pharmaceutical-grade Epsom salt. Although the concept might take some getting used to at first, Holly says float therapy is “meditation on training wheels” for a lot of customers. “We’re so busy being busy that you forget about yourself and taking time to unwind,” she says. “Floating forces you to stop.”

Sensory deprivation, or float therapy, was invented by neurologists in the 1950s. The practice has seen an upsurge in recent years as a way to reduce stress and anxiety, lower blood pressure, improve sleep, and alleviate depression and PTSD, among many other things. NASA employs flotation to simulate weightlessness. Members of professional sports teams have touted its healing qualities for athletic injuries. The Patriots have two tanks at their Gillette Stadium facilities.

Holly says she knew as soon as she floated for the first time in Canada that she had to figure out how get a float machine for her spa. “Anything spa-like that you can imagine, I can tell you I’ve tried,” Holly says. “This was just so different.” She went to work trying to find a way to incorporate floating into Serendipity, which is built into an old colonial house on Sheep Davis Road. The spa has been open for 15 years, and the business offers everything from hand treatments to facials and stone massages.

The room Holly chose for floating was soundproofed for maximum privacy and lengthened to be able to house the pod. She also added a shower so guests could wash themselves before and after floating. 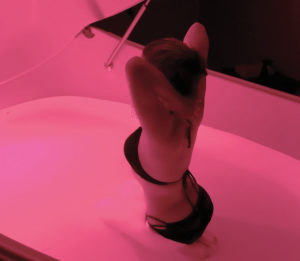 The pod Serendipity purchased is the same one Tom Brady has at his house, Holly says. With that model, you have the choice of whether to have a light on in the pod—a blue, futuristic glow—or float in total darkness. You also can decide if you want to float in silence or with music either provided by Serendipity or brought by you.

You also have the option to float with earplugs—Serendipity provides an array that you can choose from in the float room—or use a floatation device in the tank. Floaters get the choice of either a swimming noodle or a “halo,” as Holly calls it, that fits behind a guest’s head for neck support and comfort.

A major part of a first floating experience is working through different combinations of music, darkness, and floatation devices to find the most comfortable floating position. Once you get through that first float, Holly says, you know what works for you and it gets easier to get into your most relaxed state.

And as great as the actual experience of floating is, the after effect is even better, Holly says. Many people who do it say they feel the most relaxed and tensionless they have ever felt. Maybe the best perk of all: Holly says that one hour in the float tank is equal to four hours of REM sleep.