An Urge for Going 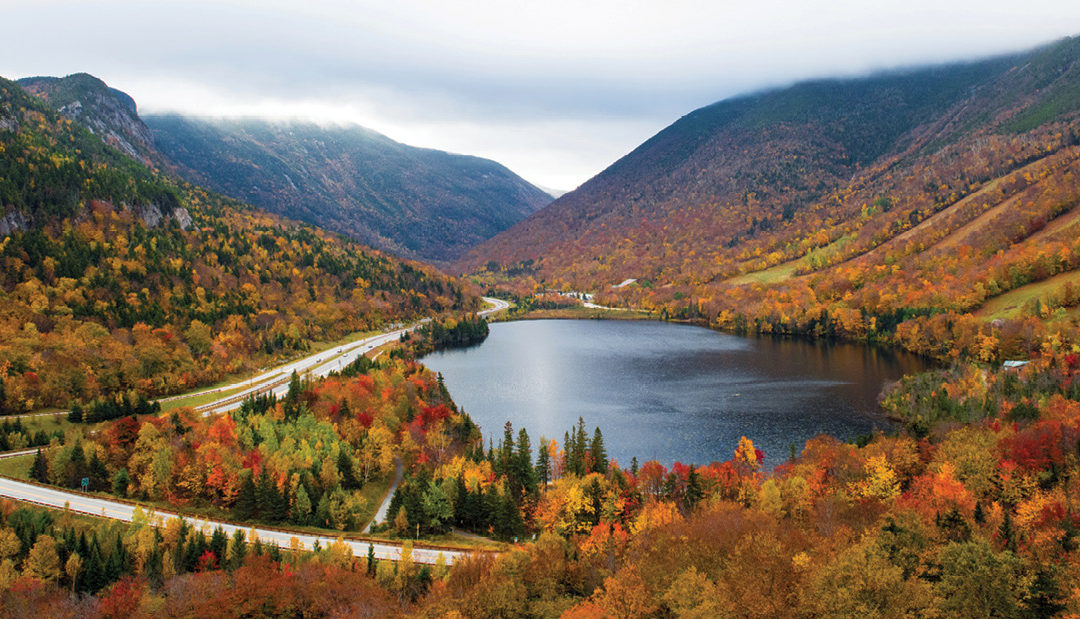 There is a song that perfectly describes autumn without ever saying the word. Maybe you know it, “Urge for Going.” Written by Joni Mitchell and first recorded more than 50 years ago by Concord native Tom Rush, it remains an anthem of sorts for me. Beautiful in its imagery, honest in its portrait, there is not a word that is out of place. And Rush’s arrangement amplifies the mood like extra wood on a fire.

Summertime is falling down, winter’s closing in.

There is no mention of the season the song describes, but there is also no question about it, you just know.

Maybe you never minimized autumn quite so much. It’s almost as if fall is nothing more than the endurance time between a bright summer and a dark winter. Not really a legitimate season at all, but just a turn of the page between two epic poems.

I remember an early December drive to Littleton last year listening to a Tom Rush CD. As I came around that bend on I-93, just south of Lincoln where the entire Franconia Notch lies in front of you waiting, “Urge for Going” started. The view ahead was cold, foreboding, threatening. There was a dusting of snow on top of Mount Lafayette, yet the ground below, where I traveled, still had a linger of green. The sky was dark with clouds so black there could be no question they were full of snow—snow with the urge for going. Winter was closing in. It was one of those perfect moments where I had the right song to carry me through whatever was coming as I made my way north.

There is a deeper texture to the song as well. It is held in the refrain.

I get the urge for going, and I never seem to go.

That was the line that took a firm grasp of my life back in the Western New York town where I grew up. I had the urge for going, but when the time came, would I be able to go? Or would I—years down the road, years down the street that had been home for most of my life—still be there with an unquenched urge for going, stuck in a world of regret and hopes never attained?

That thought hovered over me like dark clouds over Franconia Notch on a late fall day. I was not going to let myself be consumed by being stuck. The urge for going was going to be answered.

They were little jaunts at first. The urge might well up on a summer night, and I’d get a friend, hop in the car, and drive to some near yet distant place. Once we even went to a coffeehouse in Toronto to hear a performance by Tom Rush.

With time, the journeys gained length and distance. They might be a long weekend, or even a week. Sometimes I would use my youth reduced-fare card and fly rather than drive. When I got the urge for going, I went. But I always came back, back to my parents’ home and back to the stereo in my bedroom where I listened to Tom Rush albums and thought about the next urge for going.

Then came a trip in early fall when I didn’t go back. It wasn’t planned to be that way, but summer was falling down, an opportunity came along, and I took it, never to live in Western New York again. A few years later, another opportunity and late-fall urge for going brought me to Concord, and here I have remained ever since.

That urge for going still lingers in my back pocket. Like a smartphone, it buzzes with a call every once in a while. Sometimes I go and sometimes I don’t. What’s most important is that I know that I can and that once upon a time years ago, I did. I’m not stuck under a looming Western New York sky turning dark with winter, wondering why I’m still there.

I can hear the words to the song, still beckoning, but in a different way. Home is Concord, and there is no urge to leave except for short explorations. Though someday, I suppose it is possible, there could come a time when an urge for a warmer winter may have to be answered. We’ll see about that one.