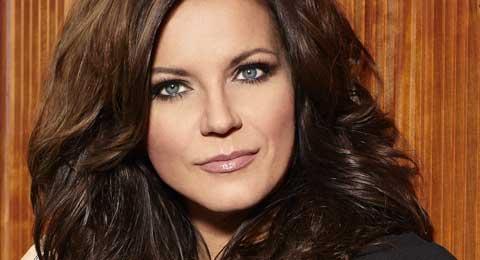 Martina McBride comes to the Capitol Center for the Arts in Concord this September. Tickets go on sale Friday, May 1, at 10 a.m.

McBride first made the country charts in 1992. Her hit records since then have included such enduring classics as “Wild Angels,” “Safe in the Arms of Love,” “Wrong Again,” “Blessed,” “My Baby Loves Me,” “Life #9,” “Love’s the Only House,” “Whatever You Say,” “Where Would You Be,” “In My Daughter’s Eyes,” “When God Fearin’ Women Get the Blues” and “A Broken Wing.”

She is known for singing lyrics of substance and songs that challenge listeners. Martina has addressed domestic violence in “Independence Day,” female empowerment in “This One’s for the Girls,” child abuse in “Concrete Angel,” alcoholism in “Cheap Whiskey,” poverty in “God’s Will” and cancer in “I’m Gonna Love You Through It.”

To date, she has had 20 top-10 hits and six No. 1 smashes. As a result, Martina McBride is ranked as the most played woman vocalist on country radio between 1999 and 2010, She was honored with induction into the cast of the Grand Ole Opry in 1995.

Martina McBride has been awarded 14 Gold Records, nine Platinum honors, three Double Platinum Records and two Triple Platinum awards and been recognized for selling over 18 million units. The Country Music Association has named her its Female Vocalist of the Year four times. The Academy of Country Music has presented her with its Top Female honor three times. The Recording Academy has nominated her for 14 Grammy Awards.