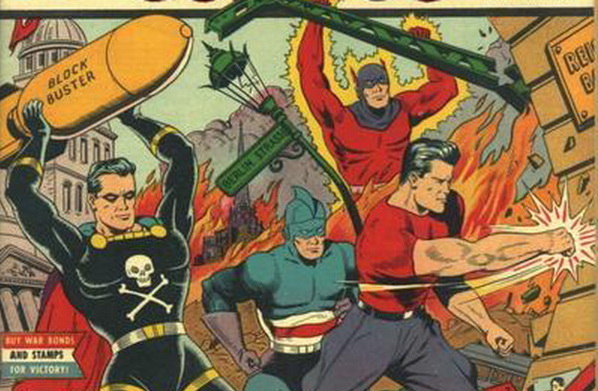 “The wide array of comic books being published today ensures that readers of all ages —children, teens, and adults – can find something appropriate that will stir their imaginations,” said Chris Proulx, co-owner of Double Midnight Comics.

Celebrating its 13th year, Free Comic Book Day has proven to be a smashing success, spreading the word that comics are terrific reading.

“Even if you have never picked up a comic book, stop into Double Midnight, because you never know what you will end up finding. We at Double Midnight want to spread the word that comics are perfect for today’s times,” Proulx continued. “Comic books and graphic novels are considered hip, hot and smart. Comic Books have propelled to the front ranks of pop culture, many being adapted into movies. The first weekend of May has been and will continue being a big day in the comic book world. Free Comic Book Day at Double Midnight Comics is the biggest party of the year featuring dozens of costumed characters, local comic book creators, face painting and activities for the kids and of course plenty of free comic books!”

The day kicks off with a special Super hero movie party at Red River Theatres at 9 a.m. which will be followed by a superhero meet and greet outside the theatre and parade down to Double Midnight Comics to join in on the fun!  Tickets can be purchased at the Red River box office-click here!

Regular updates, information about comic books, and a list of participating publishers and their free comics are all online at www.FreeComicBookDay.com. Additional information on Double Midnight’s events can be found at www.dmcomics.com

Free Comic Book Day kicks off at 10 a.m. and runs until 7 p.m. at Double Midnight Comics,
67 South Main Street in Concord. Call 603-715-2683 for more information. Additional information can also be found at www.facebook.com/dmcomics